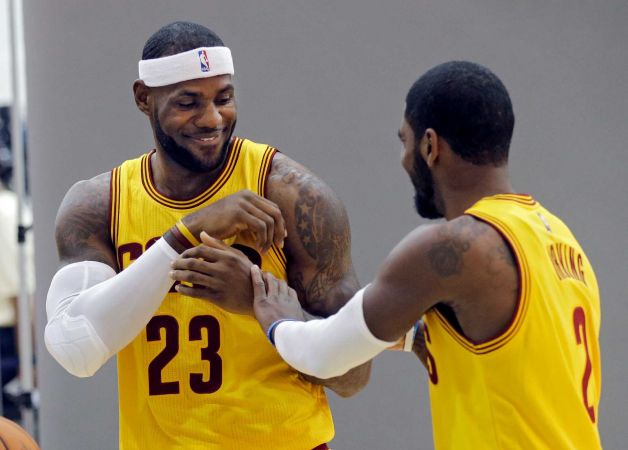 16,723 giddy Cleveland Cavaliers fans packed the gym Wednesday night to watch their new super-team in action for the first time, and went home feeling even happier.

LeBron, as expected, received a hero’s welcome from the hometown faithful.

James received his first of many welcome-back roars at Quicken Loans Arena during the team’s annual Wine & Gold scrimmage. James was the last one to be introduced, but started his introductory walk too early. […] “I really couldn’t hear,” he said. “The roar was very well-received and I’m grateful to be in this position where the fans can welcome me back like that.”

“I thought the ball movement was pretty good,” coach David Blatt said, “and I thought defensively we’re obviously not at the level we need to be when it comes to playing real games, but overall the impression was positive.”

Overall his Cleveland debut went as he expected, including the huge ovation for James’ return. […] “It’s a great thing for this city,” Love said. “I think Cleveland and the state of Ohio is very hungry to win. Having been 50 years, I think they’re hungry for a championship. He’s a guy that’s been there and done that, been to four-straight Finals and won two NBA titles. It all starts with him.”