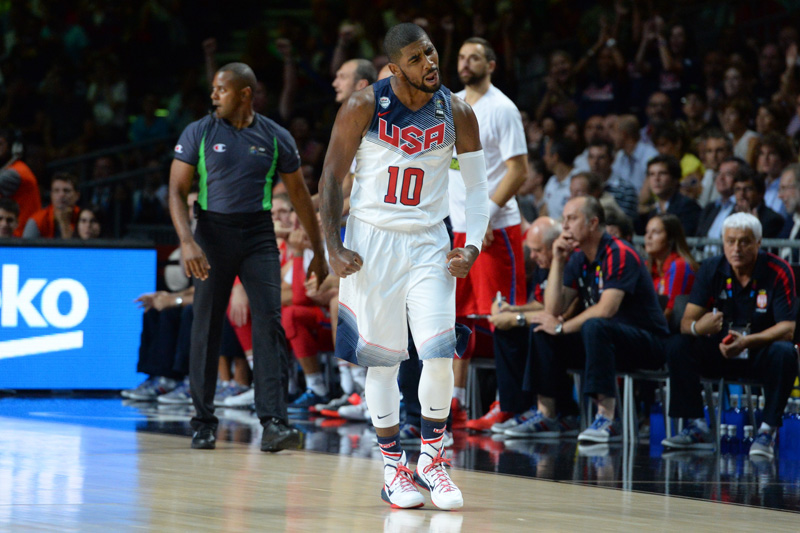 Cleveland Cavaliers All-Star point guard Kyrie Irving used the world stage to once again prove why he’s one of the best players on the planet, putting on a dominant performance in the gold medal game at the FIBA Basketball Cup, and taking home tournament MVP honors.

Irving shot, drove and sliced his way to a game-high 26 points Sunday against an overmatched Serbian team, while going 6-for-6 from 3-point land (including three long-range bombs in the first quarter.) Per NBA.com:

“Coach called me about three times [before camp] and kept asking me if I was in shape,” Irving said. “So there was a little bit of pressure there. But coming in, being ready and throwing myself in there, whatever happens happens and living with the results.”

“He made so many plays and kept the pressure on their guards to defend him,” Stephen Curry said of Irving. “He gave us what we needed, him and James [Harden] in the first half, to open up the game.”