Lakers Hold on For Double OT Win Over Bulls (VIDEO) 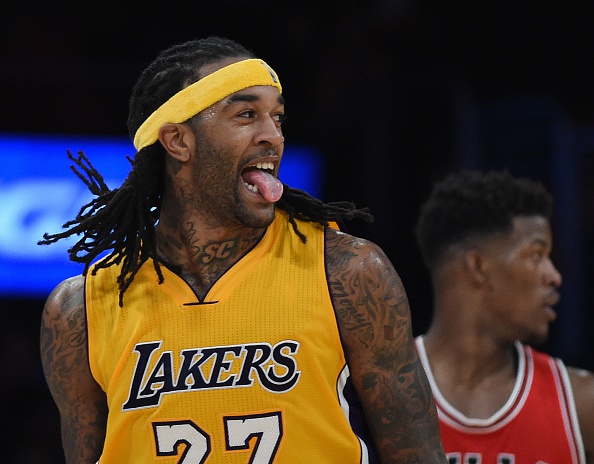 As if playing for Tom Thibodeau wasn’t hard enough, the Bulls, after playing an overtime game Tuesday night against Golden State, were forced to play extra minutes again on Thursday in Los Angeles. This time, though, they were unable to walk off with a win as they fell to the Lakers in double overtime, 123-118. Jordan Hill led the way for LA, which managed to win despite blowing what was a nine-point lead with less than 1:30 left in regulation, with 26 points and 13 rebounds and Wayne Ellington added in 23. Jimmy Butler, now an All Star, led Chicago with 35 points and Pau Gasol had 20 points and 10 rebounds in his return to LA. Derrick Rose struggled with his shot again, going just for 7-26 and finishing with 17 points.