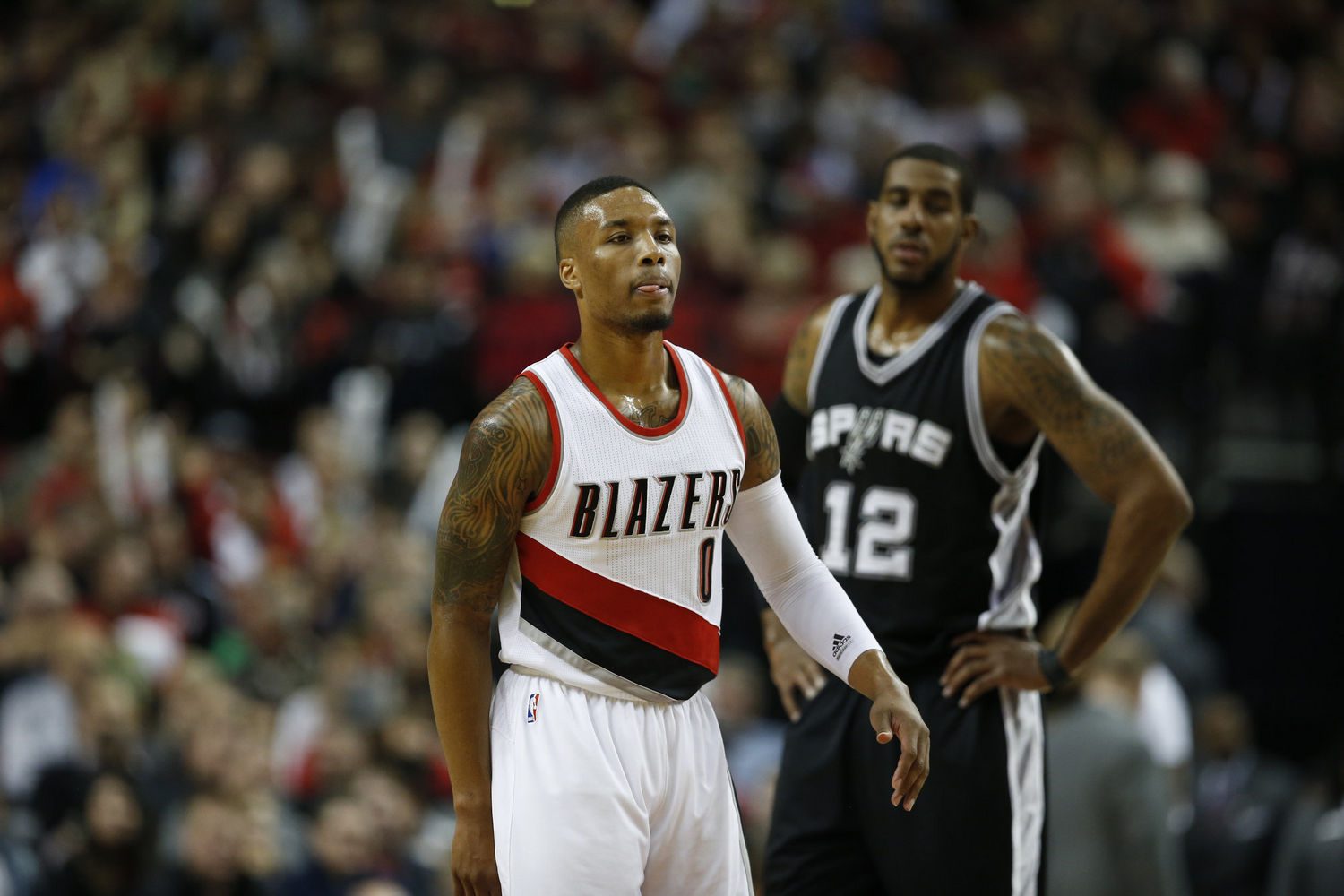 As expected, Trail Blazer fans rained boos down on LaMarcus Aldridge in his first trip back to Portland on Wednesday night since leaving as a free agent.

The big fella, though, had the final laugh: LMA led the visiting San Antonio Spurs to a 113-101 win, finishing with 23 points and six boards.

Damian Lillard paced the Blazers with 22 points and nine dimes.

“After awhile I got used to it. I had never been booed like that,” said Aldridge. “At first, you’re surprised by it, but after awhile you get used to it.”

After trailing by 12 at halftime, the Blazers surged back, tying the game at 66 midway through the third quarter. But Aldridge scored the Spurs’ next eight points and San Antonio held Portland at arm’s length for the remainder of the game. […] “They’re a good team, a championship level team and we just didn’t have enough tonight,” said Blazers point guard Damian Lillard, who had a team-high 22 points and nine assists.

The biggest story leaving the arena might have been the health of two Blazers’ starters and how (Gerald) Henderson will fit in the rotation, but the question entering the night was how Aldridge would be received in his return to the the NBA city he called home for nine seasons. He was greeted with a mix of cheers and jeers when he was introduced in pregame introductions, but once the action started he was booed heartily by the Blazers faithful on every touch. […] “I definitely heard the cheers of the fans that showed me love and still supported me and I heard the fans that were mad and rightfully so,” Aldridge said.