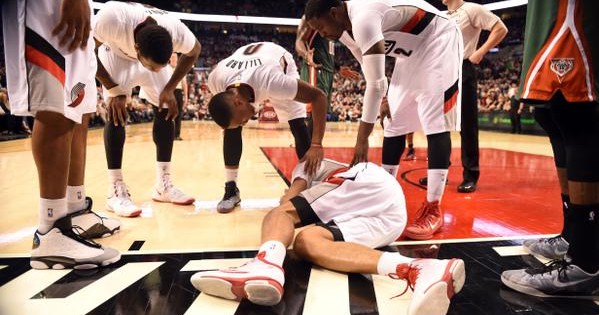 Milwaukee Bucks center Larry Sanders was suspended Thursday night for pushing Nicolas Batum in the back a day before.

Sanders’ foul, which sent Batum crashing face-first into the hardwood, was upgraded by the NBA to a flagrant-2.

The Bucks didn’t need Sanders, though, as they hung on for a 108-107 road win against the Sacramento Kings.

From the press release and Journal Sentinel:

Milwaukee Bucks center Larry Sanders has been suspended one game without pay for pushing Portland Trail Blazers forward Nicolas Batum in the back as he elevated toward the basket, it was announced (Thursday) by Rod Thorn, President, Basketball Operations.

“I actually didn’t see the fall,” Trail Blazers coach Terry Stotts said. “But certainly when he was on the ground it was very concerning.

“I didn’t see the replay. I’m glad it wasn’t worse. The initial thing was he had the wind knocked out of him and he couldn’t breathe.”