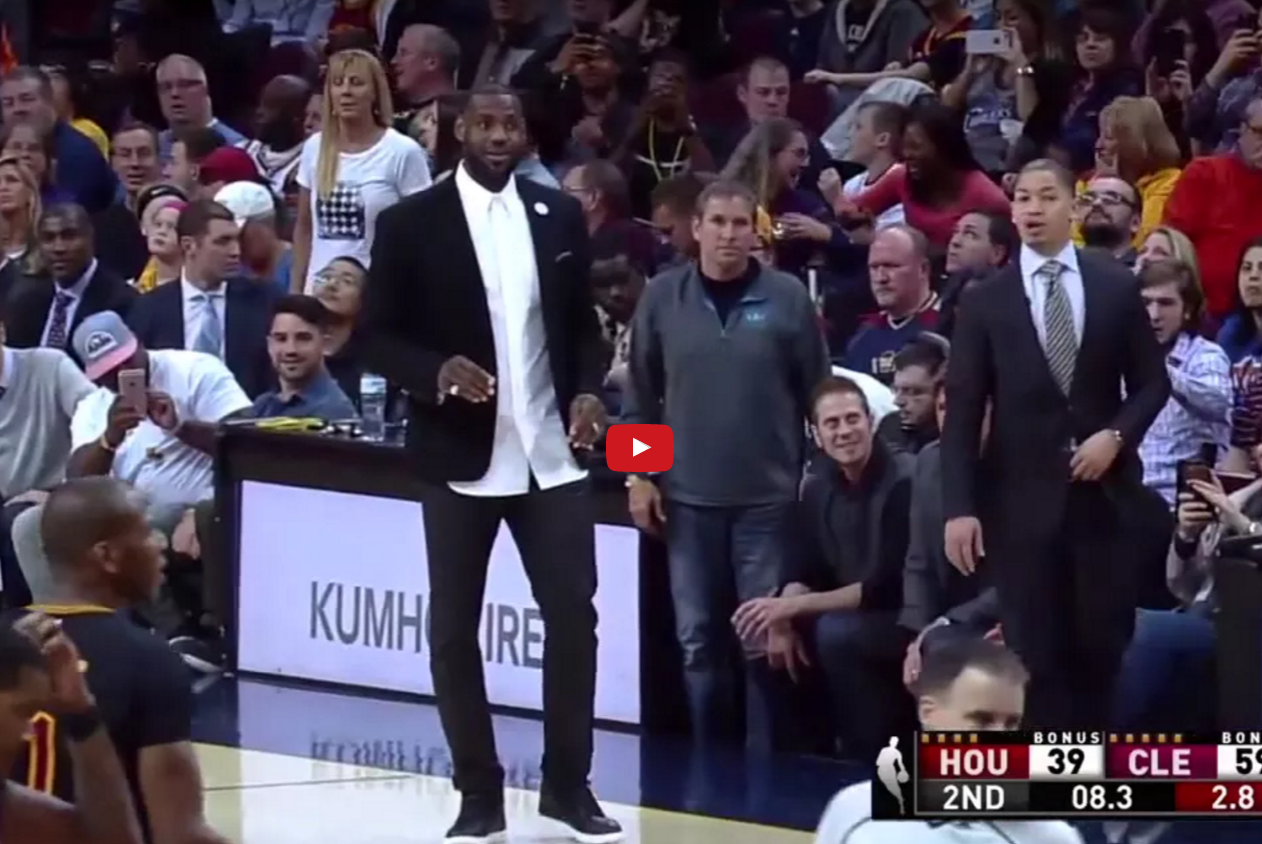 Despite being given a night off to rest, LeBron James found a way to get himself involved in the game: by coaching.

James’ instructions couldn’t help the Cleveland Cavaliers, however, as they blew a 20-point lead and lost 106-100 to the visiting Houston Rockets.

Kyrie Irving, who’s had himself a rough week, led the Cavs with 31 points and eight assists.

Of course, LeBron James didn’t play while the Cavs missed eight consecutive shots in the fourth quarter and went six minutes scoring just one basket. It was similar to Thursday at Brooklyn when they missed 10 straight shots and went essentially the last six minutes without scoring. James did play that night, but it didn’t matter.

The Cavs are too talented offensively to struggle to score so badly in fourth quarters. But the Rockets made a concerted effort to get the ball out of Kyrie Irving’s hands and no one else helped. […] “They were just trying to take my aggressiveness away,” Irving said. “A few times I’m hearing them say, ‘Just make him give up the ball. Make these other guys make plays.’”