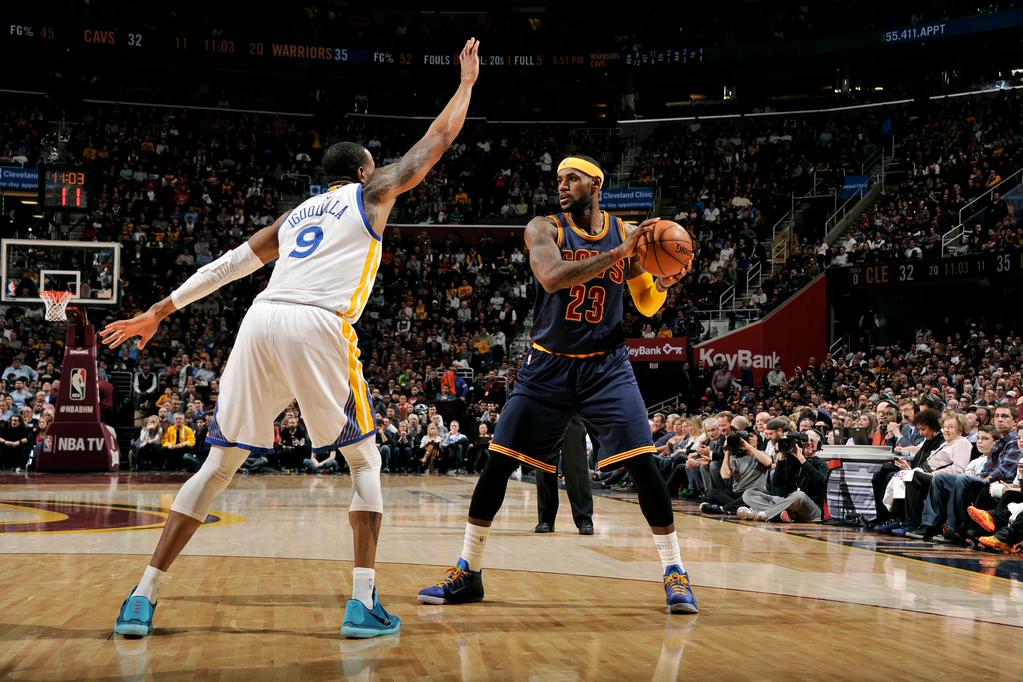 In a relentlessly-hyped possible NBA Finals preview Thursday night, LeBron James and the Cleveland Cavaliers sent an unmistakable message to the rest of the NBA.

The Cavs snuffed out the visiting Golden State Warriors 110-99, as LeBron pumped in a season-high 42 points and ripped down 11 boards, while reminding folks that he’s still very much in the MVP race.

This was red-hot Cleveland’s 18th win in their last 20 games.

Despite winning four MVP awards, James has gone largely unnoticed this season while the Warriors’ Steph Curry and Houston’s James Harden have garnered most of the attention. But James outscored and outplayed Curry on Thursday, scoring more points than both Splash Brothers combined. Curry scored 18 points and Klay Thompson had 13 for the Warriors, who lost for the second time in their last three games. They haven’t dropped two games this close together since Christmas.

“If you ask me there’s no discussion about the MVP if he’s not involved in it,” David Blatt said. “Stephen has had a fabulous year and he’s a great player and he’s deserving of all the credit that he’s been getting and certainly deserving to be a frontrunner for that award. But so is our guy.”

“I don’t think we need to go through any litmus tests,” Blatt said. “I think we know what we’re capable of doing and I think we’ve shown that.”