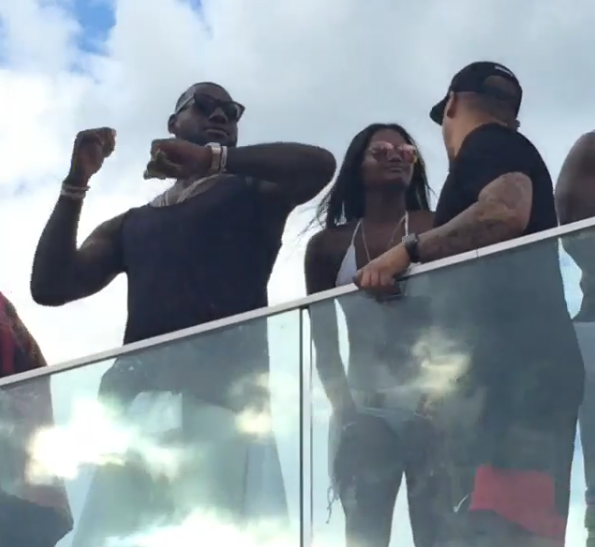 If you’re a fan of LeBron James, you probably already know that he’s a big fan of rapper Future’s smash hit “March Madness.” It’s no secret, since LBJ tweeted out that it’s his favorite song earlier this summer and was getting hype in layup lines during the 2015 NBA Playoffs whenever it came on at The Q.

Well, a couple weeks ago LeBron was hosting a pool party in Toronto just before #OVOFest kicked off, and he was jamming out to “March Madness.” Again. Hard. We’re admittedly about three weeks late stumbling on this video, but it’s so good (and it’s the offseason, so) we couldn’t help posting it.

Even Lebron know march madness song of the year nigga about fall of the balcony the shit so hard pic.twitter.com/iDM6H4e8VS

Conclusion: Bron is a charter member of #FutureHive. Might as well just hand the Cavaliers the 2015-16 NBA Championship trophy now.