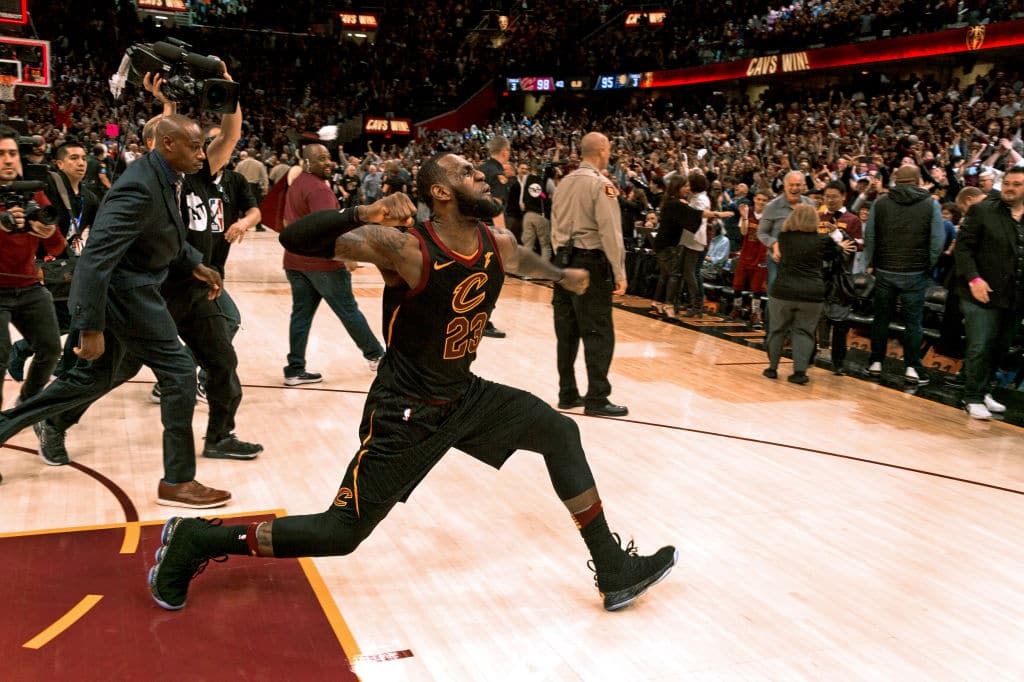 After LeBron James drained a game-winning three Wednesday night to beat the Indiana Pacers in Game 5, Craig Ehlo‘s mind flashed back to Michael Jordan doing something similarly cruel to him 29 years ago.

LBJ and MJ’s heroics were strikingly alike, as each scored 44 points to give their respective squads 3-2 series leads (in Jordan’s case, “The Shot” eliminated the Cleveland Cavaliers from the playoffs.)

His Airness x The King pic.twitter.com/8MqXtnfRfP

Ehlo had an “eerie” feeling after LeBron came through in the clutch.

Craig Ehlo was at Quicken Loans Arena last night to watch LeBron do what Jordan once did to him: https://t.co/o2JRNbGxMh

“As soon as I saw it,” [former Chicago Bulls center Brad] Sellers said, “I was like, ‘That’s it. I’ve seen it before. I’ve been there. That’s Jordan.’”

It was not until Thursday morning, when Ehlo’s son showed him side-by-side clips of the shots on social media, that Ehlo, who was defending Jordan on that play 29 years ago, recognized the resemblance.

“Eerie,” Ehlo said in a telephone interview. “Immediately, I was in that moment again.”

Not that Ehlo minds being included as a historic stage prop to help illustrate Jordan’s greatness, at least not anymore. Back when he was still playing, it was different.

“But now that it’s one of the most famous shots that Michael took, it’s actually an honor to be mentioned in it,” Ehlo said. “When people ask me about it, I stand up and say, ‘Yeah, it hurt when it happened. But I don’t hurt anymore because of the way they kind of honor you.’”