LeBron James Shrugs Off Game 1 Loss to the Pacers 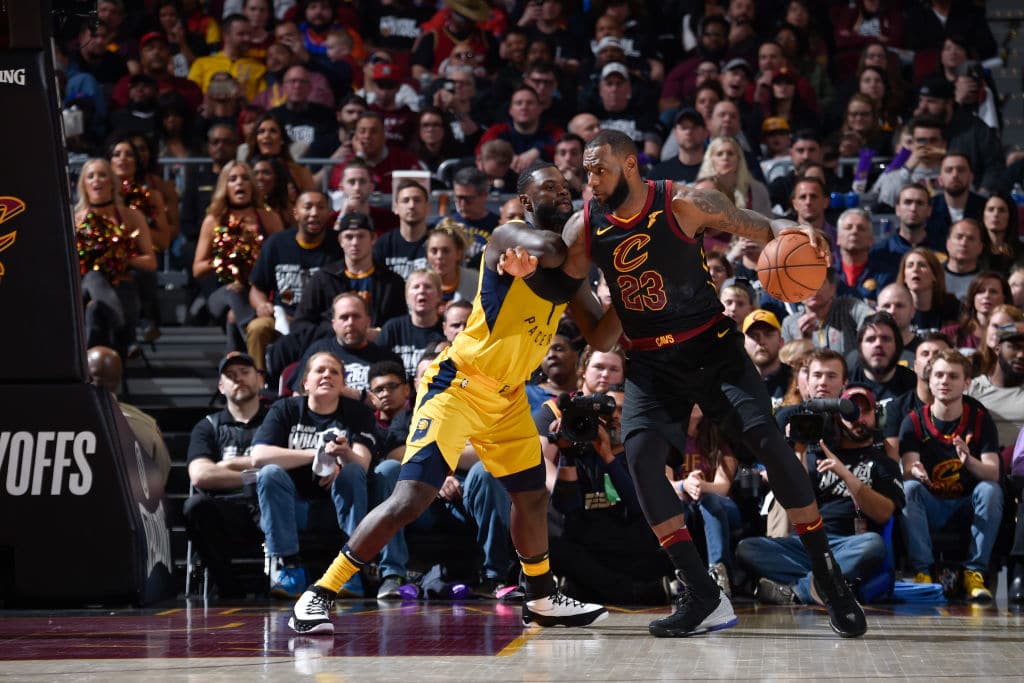 LeBron James lost Game 1 of a first-round playoff series for the first time in his career Sunday, but James says he’s not too concerned.

LeBron pointed out to reporters that he has faced—and overcome—much more daunting postseason odds.

The Indiana Pacers pulled off a stunning 98-80 series-opening win, and were clearly the aggressors against the heavily-favored Cleveland Cavaliers.

“I’ve always stayed even keeled with the postseason,” James said. “It’s just, I mean, I’m down 0-1 in the first round. I was down 3-1 in the Finals. So, I’m the last guy to ask about how you’re going to feel the next couple days.”

“And not just them,” James continued. “Even the older guys as well. Some of the guys even with experience, including myself, I can be a lot better as well. So, we take it as everybody has to dig deep and not lose two of them on our home floor.”