LeBron James With a Huge, Clutch Block on Derrick Rose in Game 5 (VIDEO) 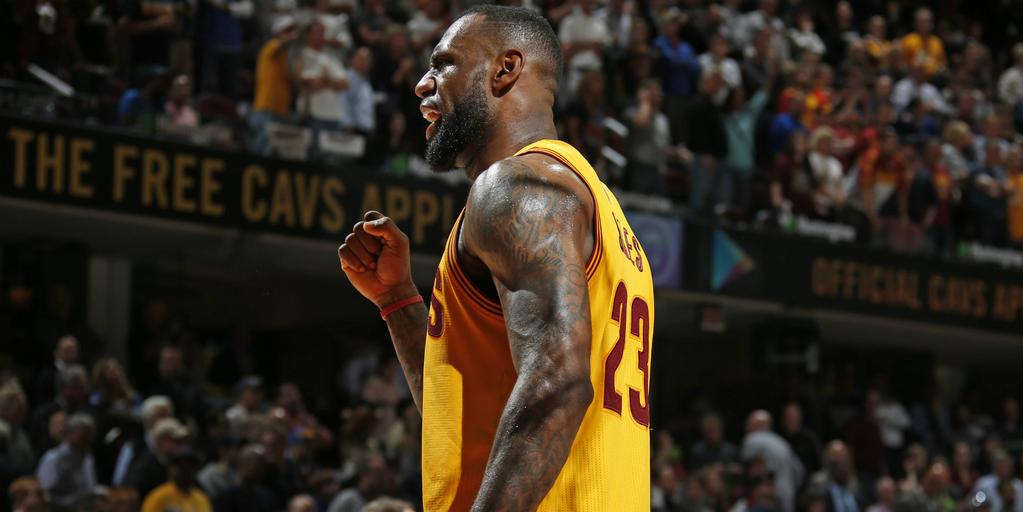 His pristine 38-point, 12-rebound, six-assist, zero-turnover performance in a 106-101 Game 5 win Tuesday night grabbed most of the headlines, but LeBron James was also equally spectacular on defense.

The Cleveland Cavaliers held a two-point lead with under a minute to go, and a sprinting Derrick Rose was headed across the court and towards the hoop for the tying score. LeBron had him tracked all the way, and nullified the Chicago Bulls’ last-gasp attempt to prevent falling down a daunting 3-2 series hole.

James also pulled off a stunning block against a pump-faking Nikola Mirotic (word to Blake Griffin.)

The MRI on (Kyrie) Irving’s knee Monday eased his nerves, according to one person who would know. The growing discomfort in his knee left him concerned perhaps there was something significant, something structurally wrong. When the MRI came back clean, showing nothing more than tendinitis, Irving exhaled. And then he began to believe he could do this.

“This has been the biggest mental challenge of my career thus far, just because I want to do more,” Irving said. “I want to be that guy for my teammates as well as for Bron. We built a dynamic of me and him playing off one another extremely well, and other guys spacing the floor. And when we need a bucket, whether it is me or Bron, we take it upon ourselves to do that. When you can’t do that, and you are limited to certain things, you have to come to grips with it.”

James is the third player in NBA postseason history to record at least 35 points, 10 rebounds, five assists, three steals and three blocks. He’s the first NBA player to ever do it with no turnovers since it began as an official stat with the 1977-78 season. […] “LeBron was just outstanding in every element of the game,” coach David Blatt said. “You can’t pick a thing that he didn’t do at the highest level.”