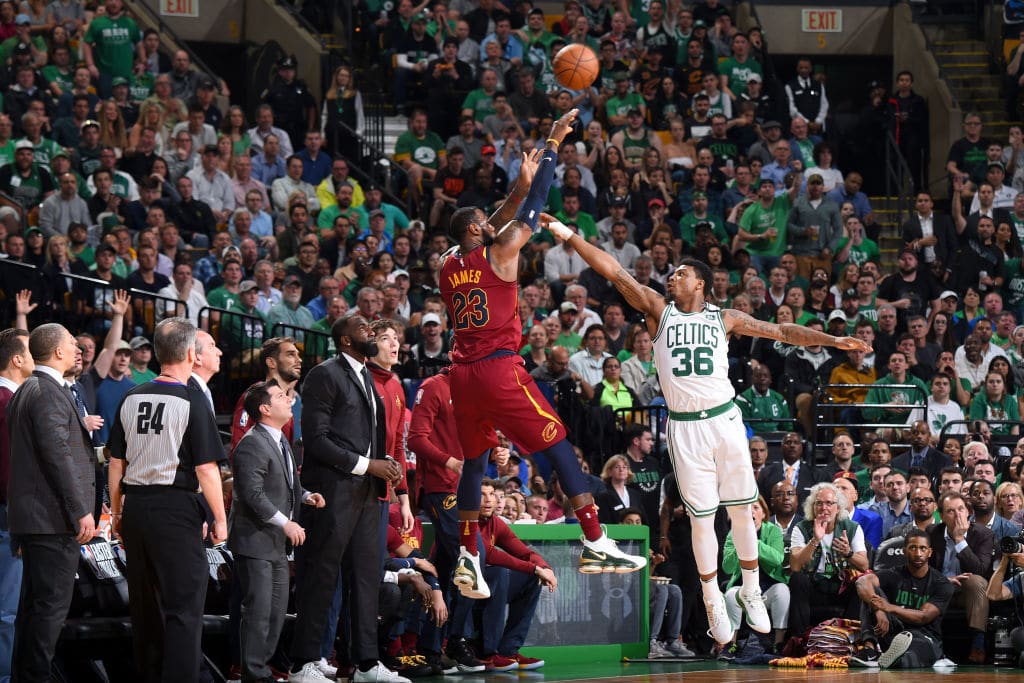 The Boston Celtics have the Cleveland Cavaliers in a 2-0 stranglehold, but as the Eastern Conference Finals shift to Ohio for Games 3 and 4, Marcus Smart wants his teammates to retain an underdog’s mentality.

Jaylen Brown led the way for the C’s with 23 points.

Boston improved to 9-0 this postseason at TD Garden. The Celtics have never blown a 2-0 series lead in the playoffs.

“We’re going to fight,” [Terry] Rozier said. “At this point we don’t care if we win by half a point. If we win, that’s all that matters.”

[James] didn’t seem to play with the same force after straining his neck in a first-half collision and the Cavaliers wilted in the second half, with the Celtics outscoring them 59-39.

“I think I’ll be fine. I’m not going to lose sleep over it. You go out and when you lay everything on the line, at the end of the day, you can live with that,” he said. “They did what they had to do, and that was protect home, and now it’s our time to try to do that, as well.”