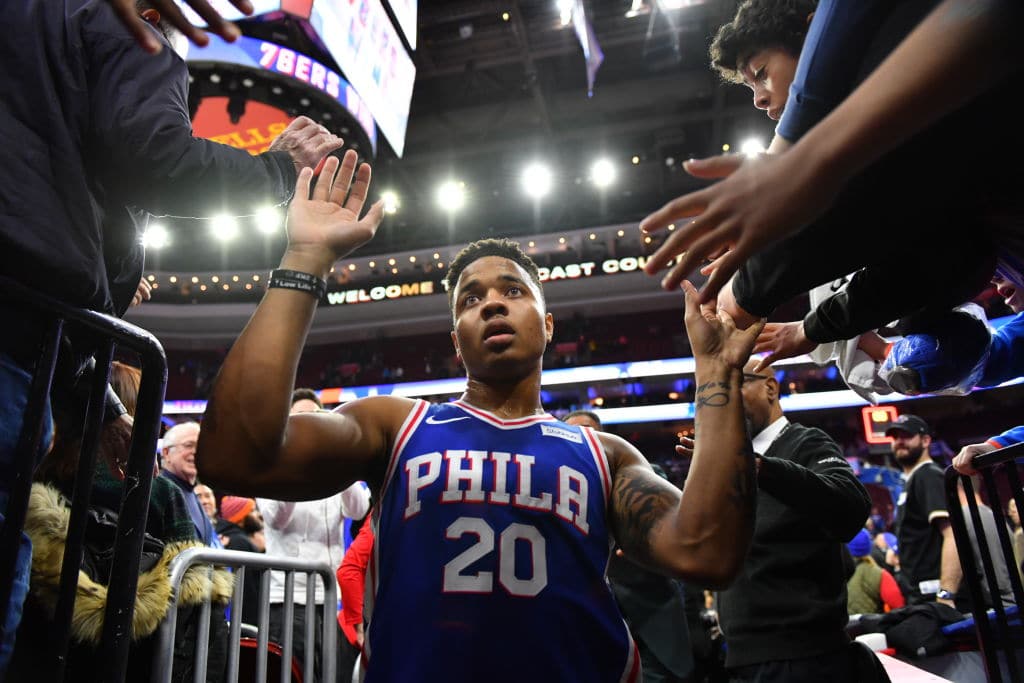 Markelle Fultz made a surprise return to action Monday night after being sidelined since late October, but when the local press asked him about his mysterious shoulder injury, the No. 1 overall pick in the 2017 NBA Draft wasn’t in a talkative mood.

Fultz, who scored 10 points and handed out eight assists in the Philadelphia Sixers’ 123-104 win against the visiting Denver Nuggets, endured an awkward postgame chat with reporters who wanted to know more about what had kept him out all these months.

Fultz: “I just had a lot of teammates and the front office and coaching staff that really supported me while I was going through these times and I just worked every day, that’s all it was.”

More specifically on the injury, what exactly led to it?

Fultz: “Like I said, I just worked hard every day, the coaches helped me everyday and it all went good.”

Did you do something to your shoulder or did you just start feeling soreness?

Is there a reason that you don’t want to talk about the injury specifically?