The win over the Wizards ended Dallas' 6-game losing streak 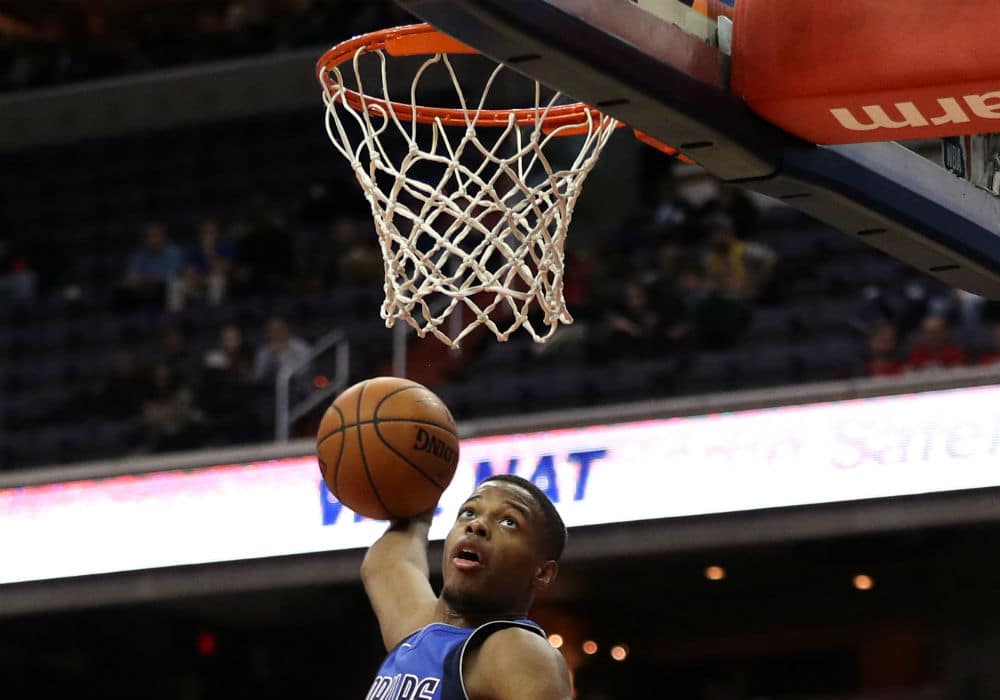 The Mavericks have had a rough go of it to start the season, losing 10 of their first 11 games with an aging roster. Two bright spots, though, have been No. 9 overall pick Dennis Smith Jr. and Harrison Barnes. Both guys balled out for Rick Carlisle on Tuesday night in a 113-99 win over the Wizards, the Mavs’ first road win of the year. The W ended a six-game losing skid.

DSJ dropped a career-high 22 points with 8 rebounds and 8 assists while Barnes scored a season-high 31 on just 18 shots.

The young fella can fly. He has struggled with his shot a bit so far in the Association but his ups and playmaking ability — as a point guard — really sets him apart. In a deep class, he was somehow the 5th PG taken. Once he refines his game and cuts down on his turnovers, teams will wish they didn’t pass on him.