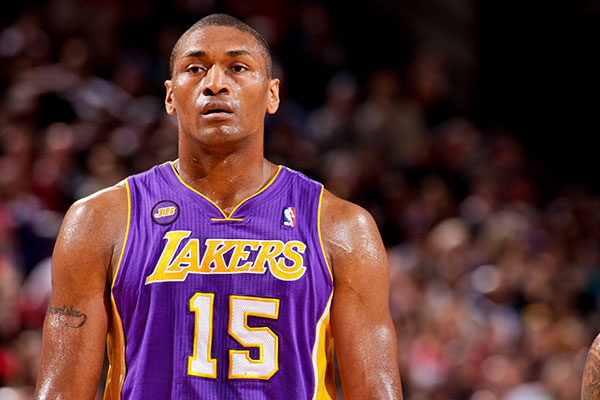 Despite the ups and downs of his career and life, Metta World Peace has to be considered a success story. The rugged small forward grew up in the tough Queensbridge Houses in Queens, N.Y. and played with a huge chip on his shoulder when he broke into the NBA.

World Peace has certainly calmed down since his younger days and during an interview with ESPN’s Highly Questionable, he explained that his former ways were due to being surrounded by drugs and crime at a young age.

“I was never rebellious, but I was always interested in different things,” Metta said of his childhood. “I learned how to cook crack at the age of 13, that’s not something I’m not proud of but that was something that was introduced to me at a early age. I got away from that, my brother continued at it and did ten years in prison….It was different things I was exposed to and I’m grateful for the people who told me to stay in the books, stay into basketball and don’t stay in the streets.”

The Queensbridge native also told a story about police banging on his door while his cousin was bagging up drugs. “One day I was at my cousin’s house and Mobb Deep lived next door. My cousin was cutting up the crack and police started knocking on the door. I was about to flush the drugs down the toilet when my cousin was like, ‘Yo, don’t flush the drugs. That’s a lot of money.’ I threw the drugs out the window, that was scary…I was 13-years old at the time. Luckily, the police left. That was a tough situation.”

The interview continued as Metta talked about seeing a psychiatrist and psychologist throughout his career, drinking during games, being jealous of Jermaine O’Neal and regretting how his time with the Pacers went.