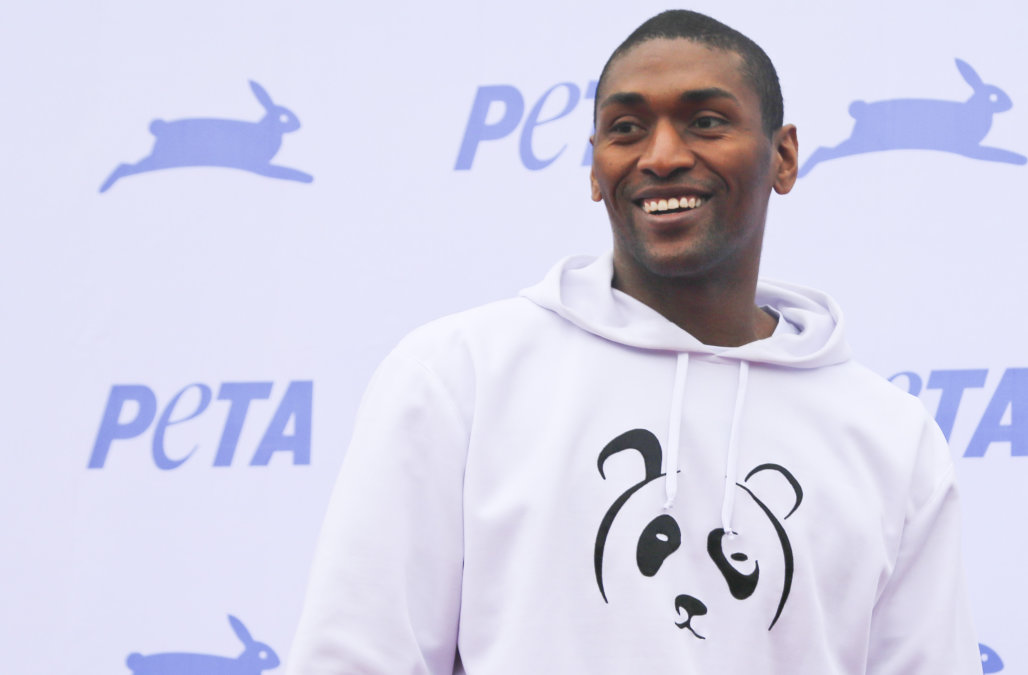 A couple of months ago, The Artist Formerly Known As Ron Artest took his talents to Italy, and things worked out about as well as you’d expect.

Metta World Peace was kicked out of an Italian League playoff game Wednesday between Reyer Venezia and his squad Pallacanestro Cantù, this after committing five fouls during an amazing one-minute sequence.

Talk about a memorable exit: this was MWP’s final game of the season in Italy.

Metta World Peace ejected in his last game of the season in Italy https://t.co/ZLwuvqRDwW

Tru Warrier has been suspended a couple of games for his antics.

Metta World Peace ended his season in Italy with an ejection with two minutes left in Game 5 of the quarterfinals between Reyer Venezia and Pallacanestro Cantù.

Metta had something to say to Julyan Stone and when the two teams went to the bench for a timeout, the referees decided to eject the former Lakers.

Fans of Venezia threw a lot of things to the bench of Cantù.