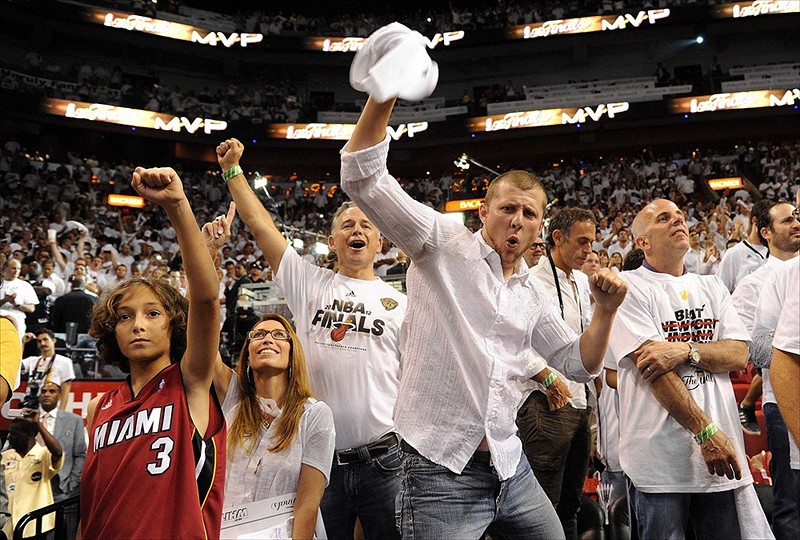 The 2014-’15 NBA season isn’t even a week old yet, and everyone already seems to be mad at each other.

Washington Wizards TV play-by-play guy Steve Buckhantz made a crack Wednesday that the Miami Heat were pumping in artificial crowd noise during their 107-95 victory on opening night:

Heat fans have long suffered abuse from other fanbases for their blasé approach to games, but Heat Executive Vice President Michael McCullough says the franchise doesn’t inflate the in-arena noise.

Per the Sun Sentinel:

“We never have, never will, and don’t need to pump in crowd noise. We don’t do that here.”

“We have fights with the NBA all the time because of our sound level,” McCullough said. “Their meter picks up our crowd noise as being too loud. We’ve had numerous discussions with the NBA about it.” […] Of Buckhantz citing the absence of [LeBron] James, McCullough said, “We had pent up emotion and it came out last night … What he should have been saying is, ‘Boy, it’s really loud in here.’”