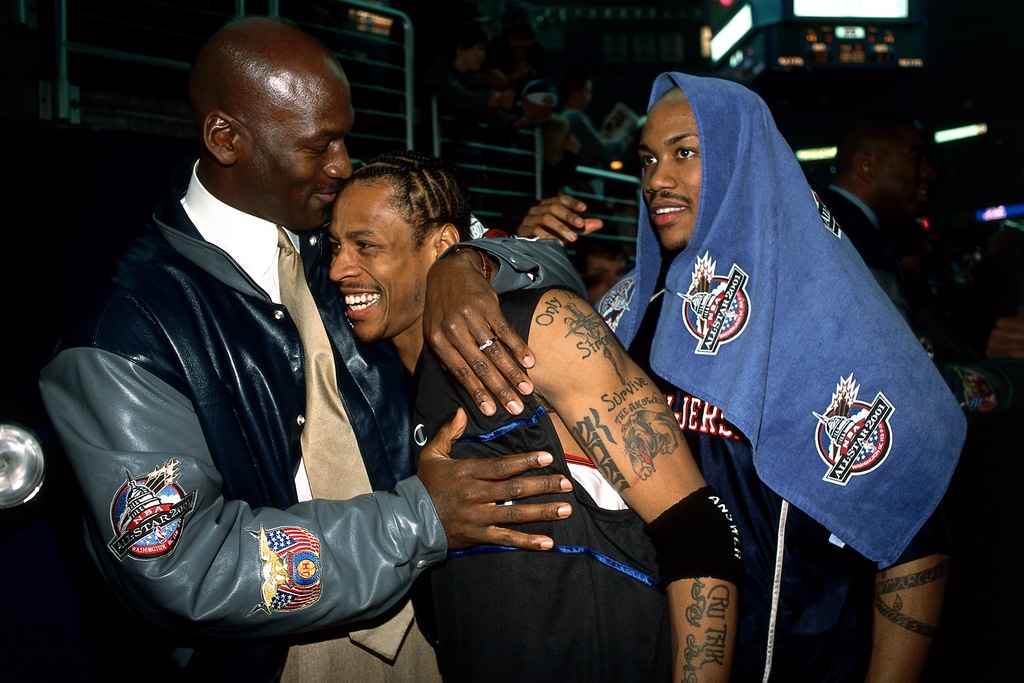 One of the most iconic moments of Allen Iverson’s Hall of Fame career took place during his rookie season, in an otherwise meaningless regular season game against the NBA champion Chicago Bulls, but it was something no fan of the game will ever forget.

The Answer’s legendary crossover and jumper over Michael Jordan loudly announced his arrival, and Iverson recently told the story of how MJ still hasn’t forgotten about it either.

AI told MJ how much he meant to him as a player, and Mike jokingly questioned his love given that he crossed him so badly.

“I really didn’t know, especially being that young, what I had done,” Iverson recalls. “And all of these years later, you got little kids, 5 or 6 years old, walking up to me like, ‘Hey, you’re the guy that crossed Jordan, right?’ People still talk about it today. I didn’t even think it was a big deal that night. I remember, somebody in here was saying they used to hang with me up in Friday’s. Well, that’s where I was at that night and I’m looking at it like, ‘Damn, I didn’t even know it was like that.’ But that’s where I was at, at Friday’s when I realized what I had done.”

Iverson spent much of his 2016 Basketball Hall of Fame speech discussing his affection for Jordan. Nowadays, the two are actually friendly off the court, as they live in the same city.

“I live in Charlotte now, so I went to a Hornets game and he made sure I was straight at a Hornets game and we were in one of his offices,” Iverson says of the Hornets owner. “This was this year. I was in his office. It was just me and him and one of my friends, and I was just telling him how much he meant to me and how much I love him. And I don’t know if I can say it in here, but he was like, ‘MF, you don’t love me, you wouldn’t have crossed me like that.’ But that’s my man.”