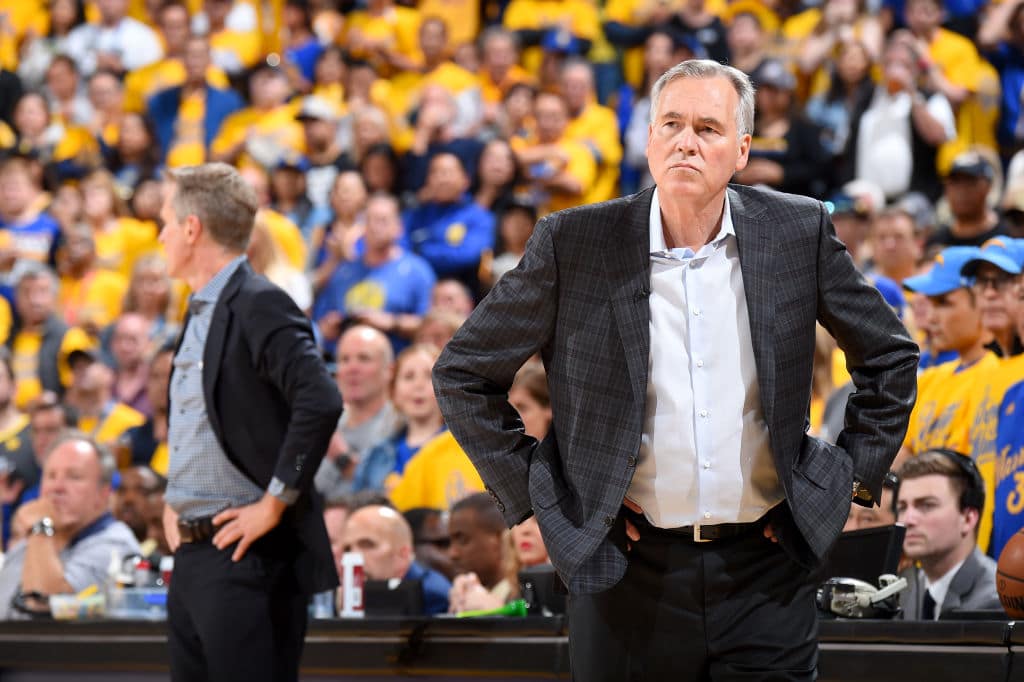 Rockets head coach Mike D’Antoni thinks Golden State looks a lot less “invincible” than they did a couple of years ago.

D’Antoni says the Western Conference power structure, despite a flurry of moves this summer, remains largely unchanged from last season.

Mike D'Antoni on the West: "It's tough. I think James put it best. It didn't change anything. It was tough before. It's tough now. I don't think anybody's jumped over anybody. Golden State looked invincible a couple years ago, even last year. They're not invincible." #Rockets pic.twitter.com/UepKbaIGkj

D’Antoni says he expects Houston to have a great 2018-19 campaign.

Mike D’Antoni is aware of the public criticism of the Rockets’ offseason.

“I think two things. And I don’t want to be snide,” said D’Antoni, who was back in his native state Saturday while attending Texans training camp near The Greenbrier. “They said the same thing when we got Chris (Paul) and James (Harden). And I can see why they said that. (But) they don’t know what goes on, the inner workings of the team. And they don’t know 100 percent what’s important and what isn’t important, and where we can not lose somebody and where we can kind of make it up. And I understand that.

“It’s our job to prove them wrong. And we did it for two years now. ‘James can’t be a point guard’ and now, ‘Those guys can’t play together.’ We’ve got one more big step. If we’re going to beat Golden State – which everybody is searching for – you’ve got to take some chances and you’ve got to hope that things hit out and hit that sweet spot. Doesn’t mean it will happen. But I’m confident and I love our guys. And I think the worst we’re going to be is great and hopefully we can take that last step.”