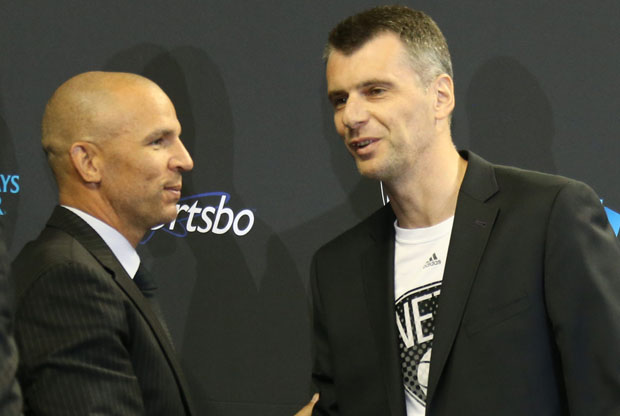 “You know, I think there is a nice proverb in English: Don’t let the door hit you where the good lord split you,” Prokhorov said with a laugh.

Prokhorov didn’t deny that he was angry Monday — especially given the Nets had taken a chance on Kidd. […] “You know, I think it’s very philosophical question,” Prokhorov said. “I think we shouldn’t get mad, I think we should get even. And we’ll see it on the court.”

“Each side, we did what we thought was the best,” Prokhorov said of Kidd. “And I like what we have now, I think our structure is optimal. We have a very strong experienced coach, and a very strong GM Billy King. So for the time being we are just OK.”