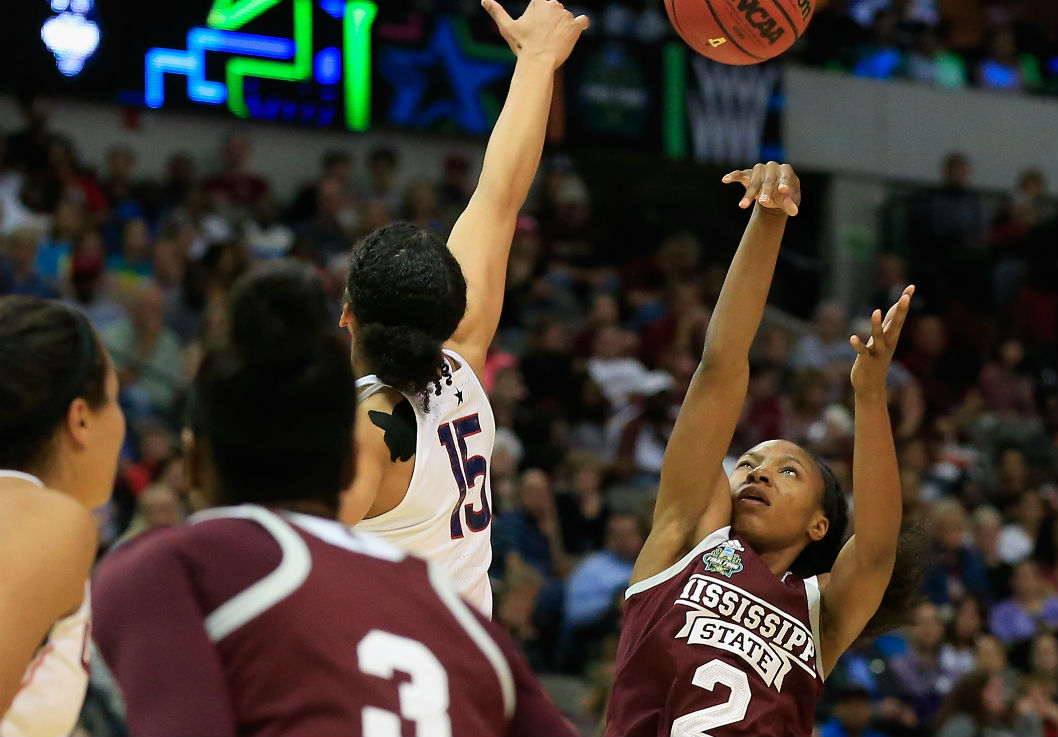 Morgan William and the Mississippi State Bulldogs just took down the titan of college basketball. The last time the Connecticut Huskies lost was November 17, 2014. William, a 5-5 junior, snapped the Huskies’ 111-game winning streak with a pull-up jumper that fell through right as the buzzer sounded in the women’s bracket’s last semifinal game.

.@HailStateWBK takes down the mighty Huskies 66-64 in overtime in one of the illest, craziest, most entertaining games ever! pic.twitter.com/UsjBryvM9O

The Bulldogs built a 16-point advantage in the first half and went into the third quarter with a 36-28 lead. UConn stormed back to tie the game at 48 heading into the fourth quarter. From there on out, the teams traded baskets. William had a chance to win it in regulation, but UConn’s Gabby Williams blocked her shot.

With 26 seconds left in overtime, MSU’s Dominique Dillingham was called for a flagrant one foul, awarding the Huskies two free throws and the ball. Katie Lou Samuelson made both free throws, but senior guard Saniya Chong took an ill-advised shot with 14 seconds remaining that gave the Bulldogs the ball.

Then Morgan William ended the game.

The Huskies have won the last four National Championships. A new champion will be crowned on Sunday when the Bulldogs matchup against the South Carolina Gamecocks.

Coach Auriemma: "@HailStateWBK deserved to win, they beat us … I'm proud of our team but we came up against a better team tonight."