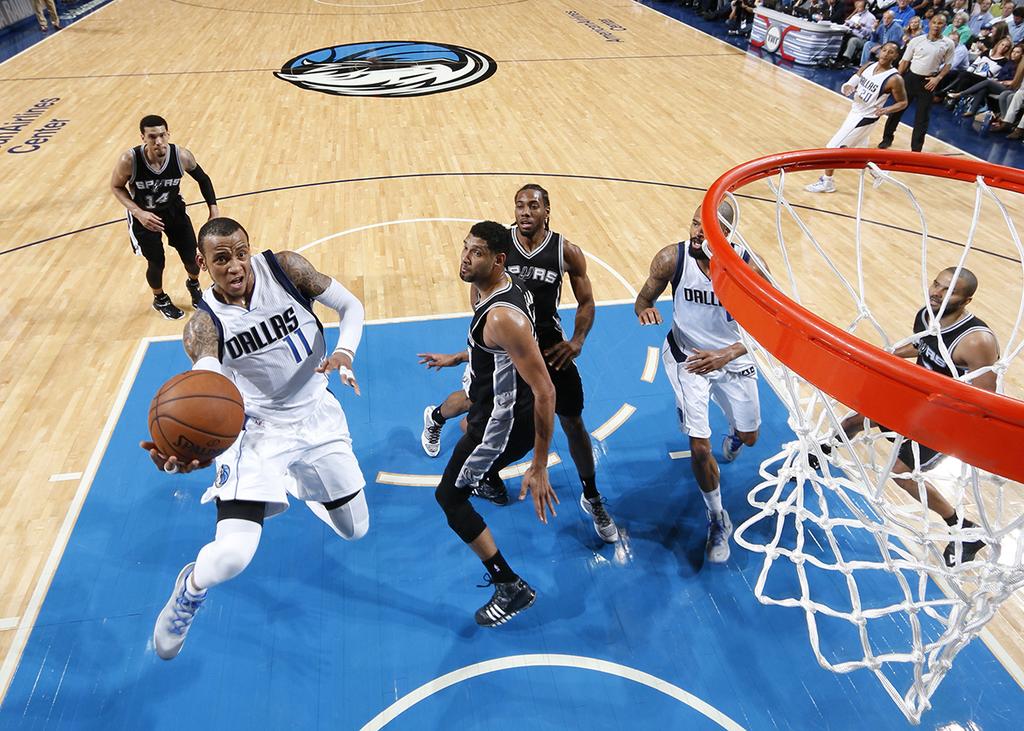 The Mavs responded to being called out by head coach Rick Carlisle, rallying from a 14-point deficit early to take down the defending champs.

Dallas holds a 2-1 lead in the regular season series against the Spurs, and both teams are in a virtual tie with another matchup looming back in San Antonio on Friday.

The Spurs had won 10 of their last 12 and were beginning to look like a team capable of defending their title. […] The Mavericks crushed the Spurs in the second half with a relentless offensive rush that featured hot shooting from Monta Ellis and a strong double-double by Dirk Nowitzki.

“Too much Monta tonight, isn’t it?” Carlisle said. “I love the way he played. I love the way the whole team played.” […] Ellis tied his season high with 38 points on 16-of-27 shooting. It would be oversimplifying things to say that as Ellis goes, the Mavericks go. But in their last five losses, he’s 20 for 93 (21.5 percent) from the field.

“I’ve been battling a lot of injuries all season,” Ellis said. “The last few days, my body has been feeling good. I wanted to come in and give my team a lift that they’ve been looking for. Now that my body is feeling good, we’ll try to make a run.” […] It’s rare for Ellis to admit that he’s been fighting injuries, but ever since a hip problem that started before the All-Star break, he hasn’t been the same player.