The NBA Made Kelly Oubre Remove His Supreme Leg Sleeve 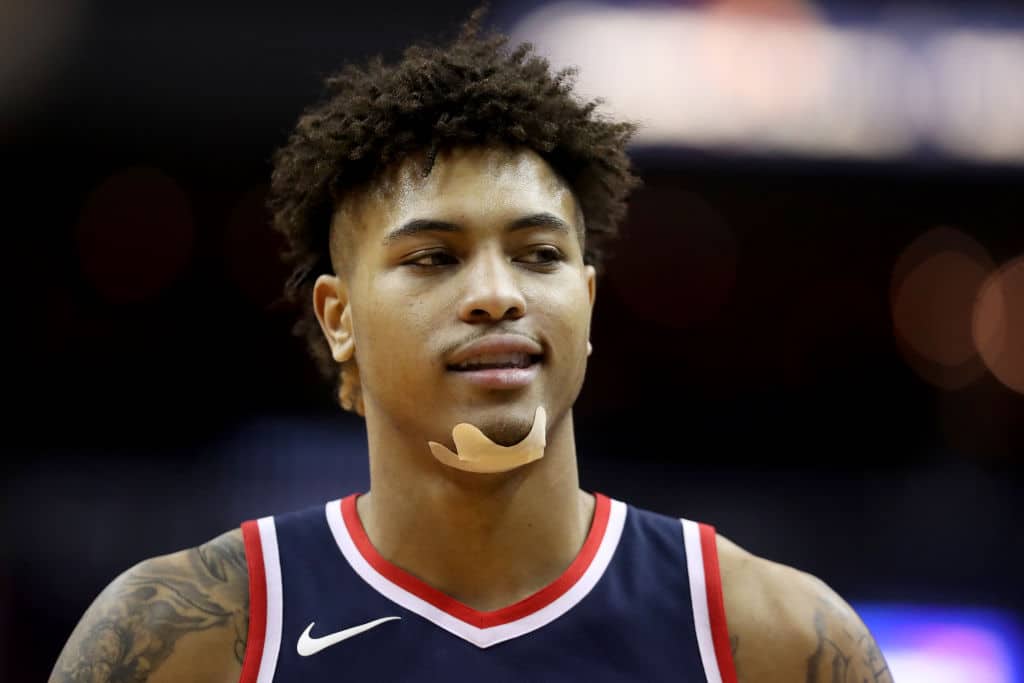 The internet loved it when Kelly Oubre stunted on everyone in Brooklyn last night by rocking a Supreme leg sleeve.

The NBA, though? Not so much.

Oubre says the League’s fashion police made him take off the garment at halftime, and the 22-year-old mused that it was perhaps “too wavy” for the suits at NBA HQ.

Oubre didn’t understand why the NBA had an issue with a product they’ve licensed through Nike and Supreme.

“They made me change it,” Oubre explained. “It was just when I got informed through one of our trainers. He was like, ‘switch leg sleeves.’ So I switched.”

Oubre, wearing a black Supreme turtleneck as he talked to reporters after the game, felt he did nothing wrong because he said the leg sleeve matched NBA on-court apparel.

Then, the man who calls himself “Wave Papi” further defended his fashion statement in the most Oubre way imaginable.

“They shouldn’t have dropped it if we can’t wear it and it has an NBA logo on it. I play in the NBA, right,” Oubre said. “I should be able to wear the logo of what I represent. So I don’t really understand the move behind it. But it’s just something wavy, honestly. I don’t know if it’s too wavy for them. But I was just having fun.”