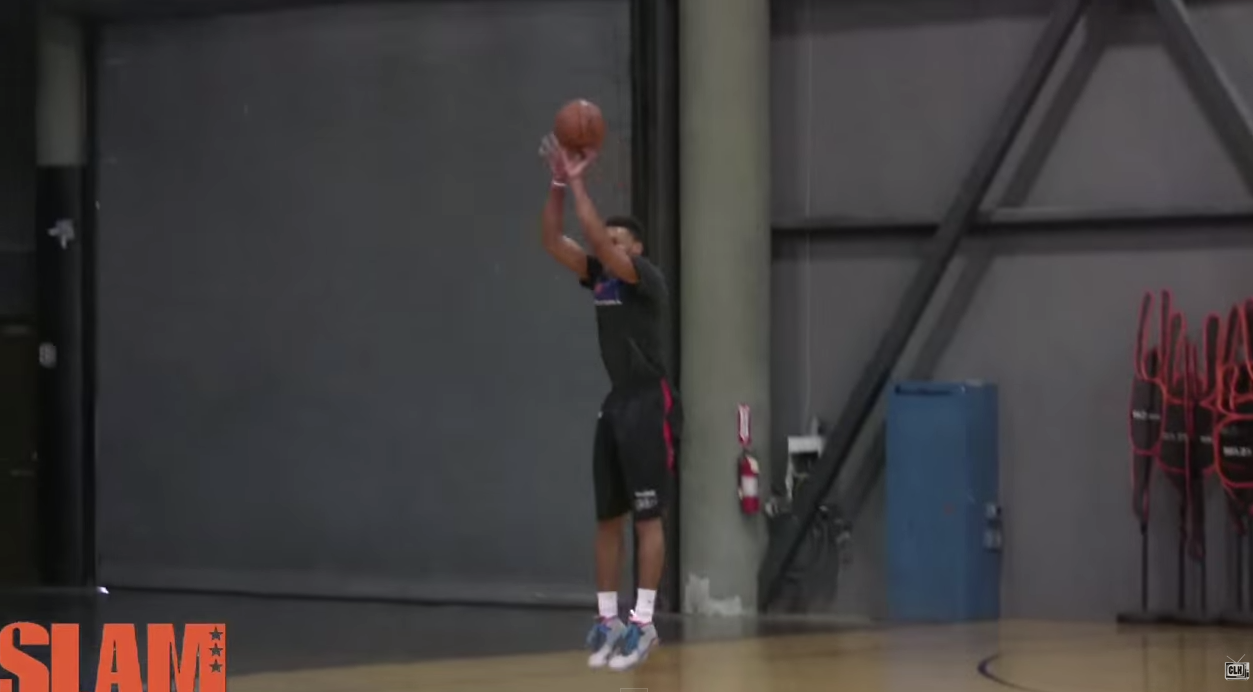 For Justin Anderson, the NBA journey has been expected for quite some time now. Regarded by some to be the top player in the country early in his career, he went through a serious recruiting battle before entering high school.

He wound up following in KD’s footsteps at Montrose Christian and playing for legendary coach Stu Vetter. A commitment to Maryland followed, but upon Gary Williams’ retirement, the top-50 recruit pledged to play his college ball at Virginia. It was here that he went from prospect to NBA player.

Always blessed with the physical gifts, it was in Charlottesville where Anderson went from prospect to NBA player. He was essential in UVA’s rebirth from middle of the pack ACC team to national power.

He embraced locking down on the defensive end and took his jumper to new heights. All throughout, the Cavaliers were winning. Despite suffering a broken finger and having an emergency appendectomy within the last two months of the season, Anderson still had high enough stock to forego his final year and enter the 2015 NBA Draft.

It was at Impact Basketball in Vegas that we got up with Justin. Strength coach Tyler Shaw got his already jacked frame completely right and despite the fact that he shot 45 percent from three in his final college go-around, spent countless hours working on his J. With NBA teams all dying to have “three and D” threats, extending his range beyond the NBA arc was essential to his Draft status.

“He had a great year shooting the ball, but we still wanted to get him more comfortable from NBA three,” explained Impact trainer Drew Moore. “We also did a lot of work on his ball-handling. He’s probably not going to come off of ball screens right away, but simple moves for a shooting guard.”

The improvements that he made on his range were evident immediately when we watched his workout. He transitioned effortlessly to the NBA three-point line and worked diligently to improve his pull-up J. Not a guy who is going to hit you with any wild AI-esque crossovers, there was a ton of work on straight line drives, and you could see that his handle was tightening up.

He looked more comfortable putting the ball on the deck than he did at the college level. One thing that the workout didn’t show was the biggest attribute that Anderson will bring to his future NBA destination: defense.

At 6-6 and 230 pounds, he has the size to defend either wing position. Not only can he move his feet, but the Boo Williams AAU product knows how to use his hands on the defensive end.

His 7-foot wingspan allows him to contest shots against bigger guys and gives him the flexibility to play a step off on lead guards. To top it off, this is a guy who truly understands the intricacies of the art of defense and brings an energy that rubs off on teammates each time he hits the hardwood.

‎While there are a number of guys who are considered wildcards in this Draft, Justin Anderson is not one of them. He’s going to lock down on D, hit open threes, and based on his track record thus far, continue to get better. Factor in the intangibles that he brings leading by example and as a locker room guy, and it’s no wonder why he’s been one of the fastest risers in the 2015 NBA Draft.

“People don’t understand how much of a teammate he is. Justin loves being around gym competing in shooting drills, he picks the vet’s brains, and is eager to learn,” Moore said. “He is a great teammate and a great locker room guy. The transition will be pretty seamless for him.”