After a very touching video tribute to Craig Sager on All-Star Saturday, NBA players and celebrities took part in a three-point shootout to raise money for the Sager Foundation.

Stephen Curry was then called upon to hit a half-court shot to raise the total to $500,000, but perhaps for the first time in his career, the two-time reigning MVP couldn’t get his shot to fall.

Instead, Shaq and Craig Sager’s son, Ryan, made a layup to bring the total up to half a million. 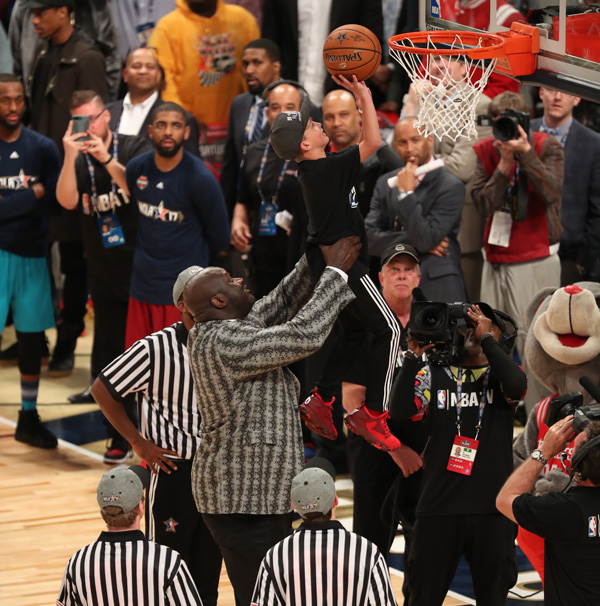 And in case you missed the tribute in Sager’s honor, here it is:

Candace Parker On Her Decision to Play Next Year: ‘I Won’t Cheat the Game’

Candace Parker Speaks About the Intangibles of Her Game

Candace Parker Sees Similarities Between Her and Serena Williams