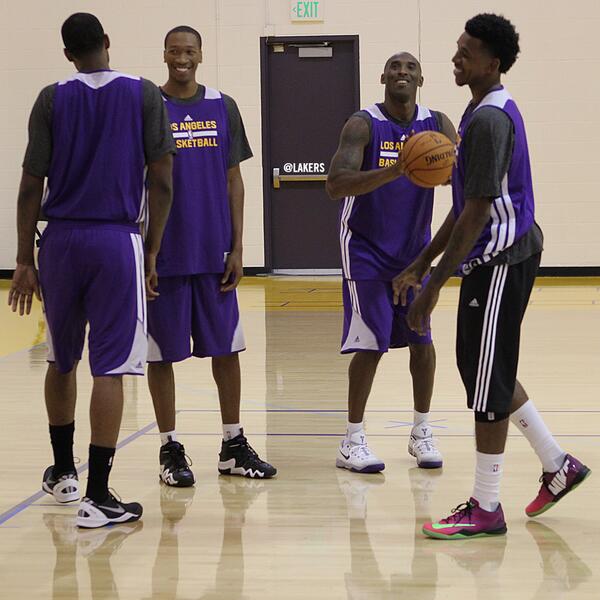 An enraged Kobe Bryant hilariously went off on his teammates Thursday during practice, and his rant was caught on film for all the world to see.

Only Nick Young appeared to have the guts to talk back at his superstar teammate, and he wants Jeremy Lin and others to stop being so damn afraid of Kobe.

Nick Young pulled Jeremy Lin and Jordan Clarkson to the side after practice and told them to stand up for themselves after Kobe got on them.

Bryant doesn’t practice often due to the wear and tear on his 36-year old body, but he sure does raise the intensity-level when he laces up his Nikes.

“You can’t back down from a challenge,” Young said. “Me and Kobe are always going to talk trash and get into it. When he talks to everybody else, some people tend to shy away and I was telling them you have to have some (guts) in this league.

“It doesn’t matter who it is. Play your game. Don’t get any less confident out there. Talk trash right back to him.”

“I’ve always enjoyed practices more than the games,” Bryant said. “I don’t know if it (him participating) helps them but it obviously raises the intensity level. It was a tough practice for them,” he added. […] “Hopefully the guys can carry the energy of this practice a little bit. As often as I can get out there and do what I did today, I’m all for it. I had so much fun being out there, just the level of excitement of being able to play and compete in practice.”