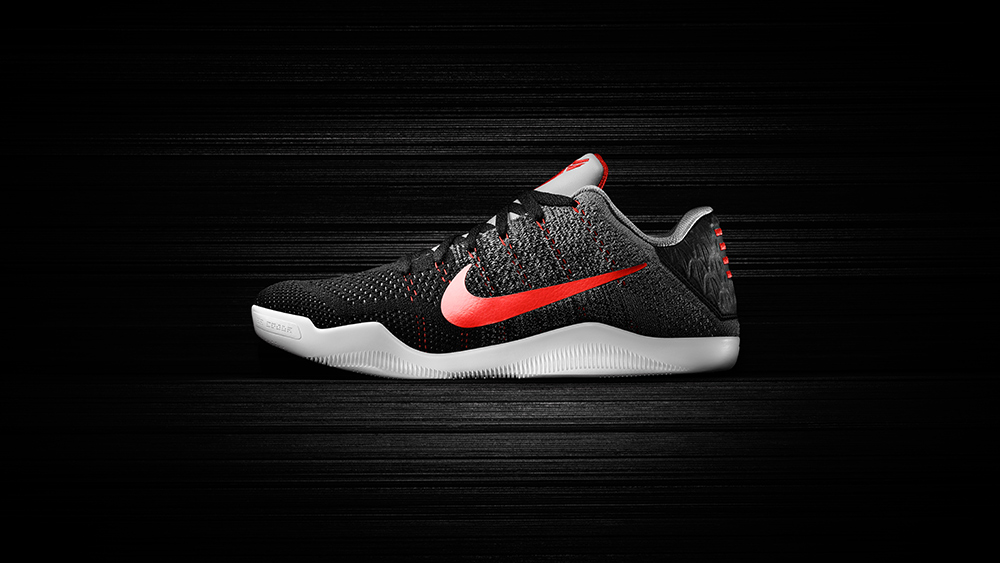 Tinker Hatfield is the second of three people who played a major role in getting Kobe Bryant to Nike. Along with designer Eric Avar and CEO Mark Parker, Tinker is featured in Vino’s “Muse” series.

The second shoe in the Kobe 11 Muse Pack incorporates notable Jordan III details, including overall color blocking, perforations in the lower tongue and distinct red embroidery in the heel and tongue. Additionally, Hatfield added sharkskin-inspired heel counters as a tribute to Bryant’s fearlessness and appreciation for the mercurial creature.

The Kobe 11 “Tinker Muse” is available in limited quantities beginning May 5 at Nike.com.