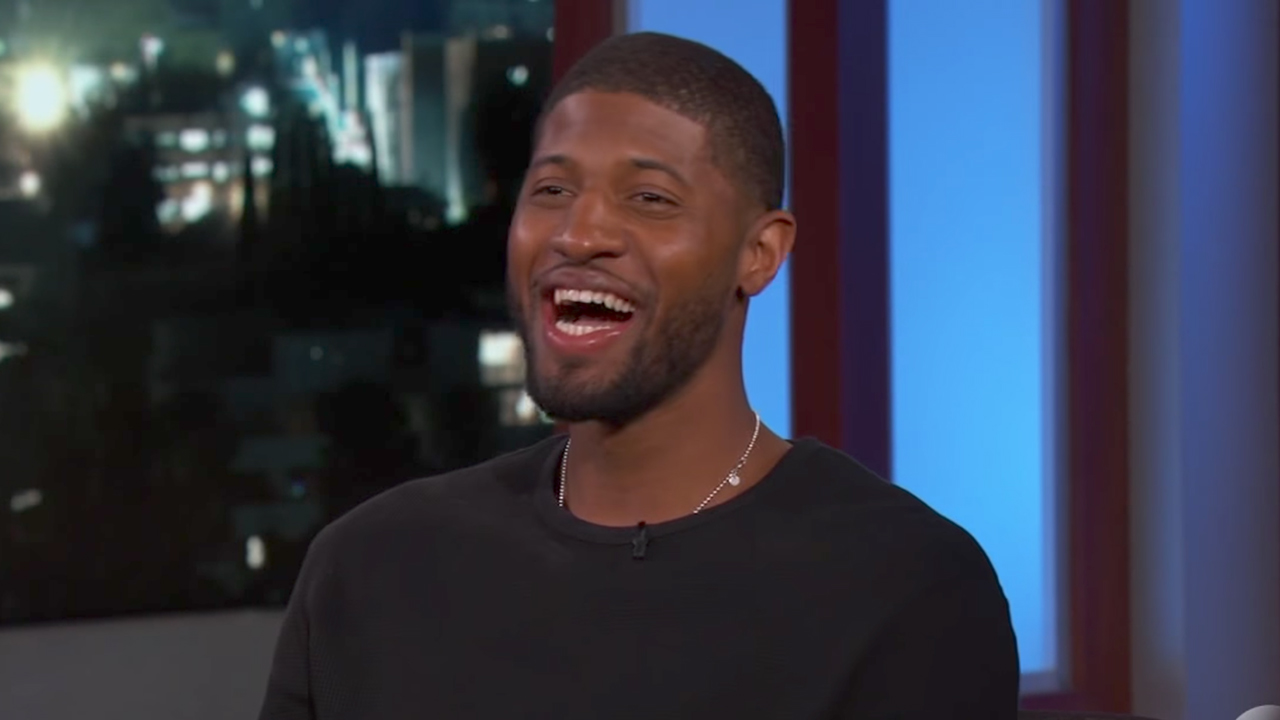 When Paul George appeared on Jimmy Kimmel Live in Los Angeles on Monday, he knew he would have to field questions about the Lakers.

A Cali native and Kobe fan growing up, George has been barraged by Lakers fans in his hometown this summer. Kimmel, of course, had to shoot his shot as well.

Kimmel showed George a clip of his interview with Magic Johnson last month, during which Magic talked about what he would do if he saw PG-13 in L.A.

“We gonna say hi because we know each other, you just can’t say, ‘Hey, I want you to come to the Lakers,’ even though I’ll be wink winking like [winks a bunch of times].

“You know what that means right?”

The Cali native is coming off a frustrating season in Indiana, and says he wants to play in a winning environment.