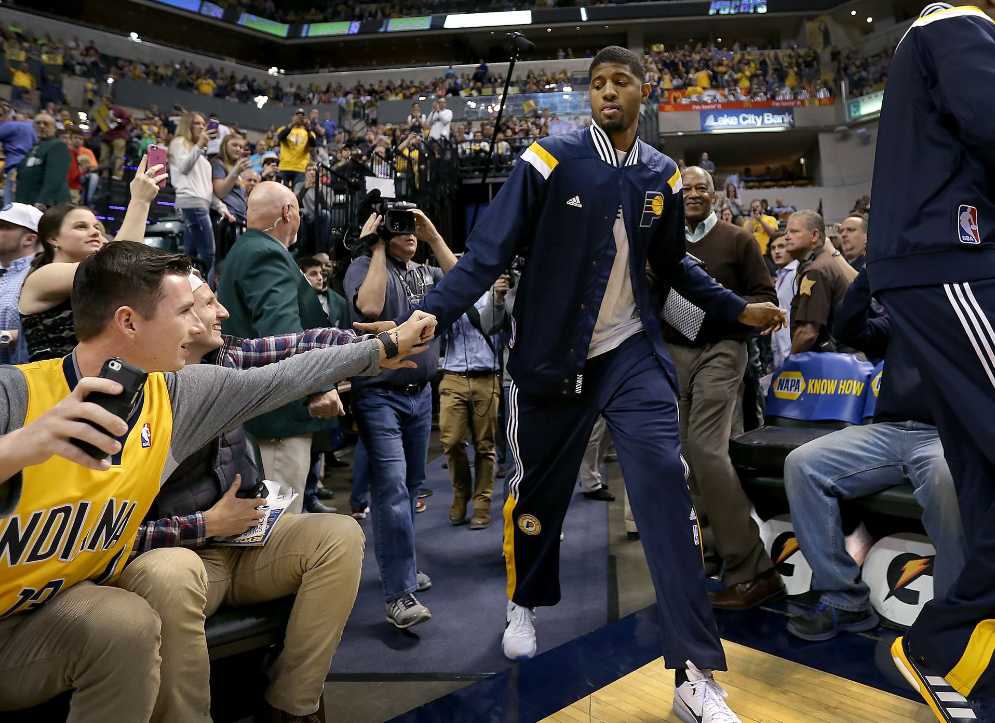 Eight months after going down in horrific fashion, Paul George made his long-awaited season debut Sunday, helping lead the Indiana Pacers to a convincing 112-89 win against the visiting Miami Heat.

George played 14 minutes, scoring 13 points along with two rebounds, assists and steals. A jittery PG was, of course, still working through quite a bit of rust.

Paul George said he's had flashbacks about Las Vegas, the site of the injury, with "each step"

Prior to the game, George compared his season debut to being drafted into the NBA all over again.

“It was everything that I expected,” George said. […] The game would fit the dream that has carried George through months of rigorous rehabilitation. George got decent sleep the night before — his daughter, Olivia, is in town and keeping up with an 11-month old has a way of wearing people out. Then after Easter Sunday service, George arrived at the arena. The moment was already there waiting.

Near the middle the first quarter, George stood from his seat on the bench and shared a hug with coach Frank Vogel before walking to the scorer’s table. At the 5:34 mark, George officially checked in — he lazily chewed on his mouthpiece, looking as calm and undaunted by 18,165 standing and roaring with his every step. […] “Probably the greatest moment that I’ve had,” George said of the thunderous reception. […] “Now that it happened, I think he made the right decision,” Paul George Sr. said. “It was kind of scary at first, but after seeing him run up and down the court (and) do what he did — he’s back.”

George walked off the court, feeling a bit like a rookie and some soreness, but no pain blasting through that twice surgically-repaired right leg. As he reached the sideline, Vogel pulled him into a bro-hug embrace and reached up to share the words many felt for the last eight months. […] “Damn,” Vogel said. “I missed you.”