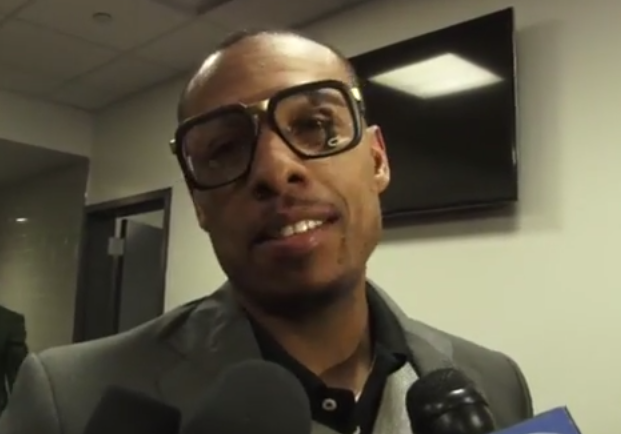 On Friday night after a huge performance against the Warriors, Russell Westbrook delivered one of the most unique post-game media sessions of the NBA season so far—watch the Russ video here. Word apparently got around the League quickly, because on Saturday night in Brooklyn, Paul Pierce joked with the media by walking past only saying “We executed! We executed!” before finally giving in and answering a few questions. (He even had the Westbrook-ish glasses rocking, too.)