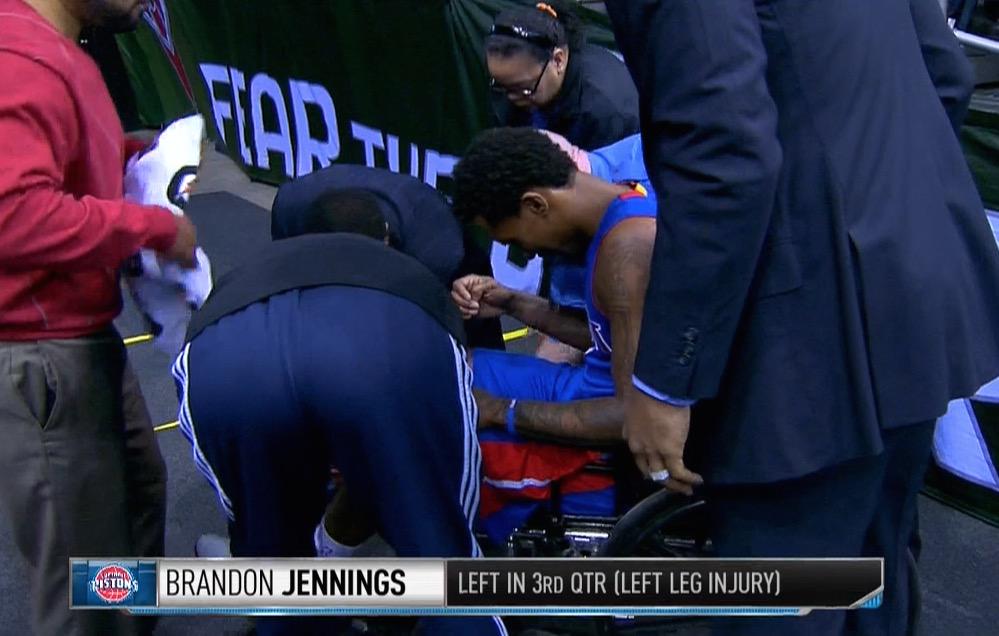 Pistons PG Brandon Jennings left Saturday night’s game against the Bucks in the third quarter after crumpling to the floor with an apparent ankle injury. The team is fearful that an MRI will reveal today Jennings has a torn achilles tendon, which would likely end his season. Check out the video here:

There’s significant fear within the Detroit Pistons organization that guard Brandon Jennings sustained a torn Achilles’ tendon on Saturday night and could miss the rest of the season, league sources told Yahoo Sports.

After crumpling to the floor on a non-contact play in the third quarter of a loss to Milwaukee, Jennings is set to return to Detroit on Sunday for an MRI exam on his left Achilles. Both the Pistons and Jennings are bracing for the worst, sources told Yahoo Sports.

Jennings, 25, had been a crucial part of the Pistons’ revival this season and was playing some of the best basketball of his career in recent weeks. The Pistons have won 13 of 16 games since late December. “It doesn’t look good,” Pistons coach Stan Van Gundy told reporters on Saturday night. “It is a major, major loss.”

Jennings has averaged 15.4 points and 6.7 assists for the Pistons this season. Without Jennings, D.J. Augustin will assume a greater role in the Detroit backcourt. 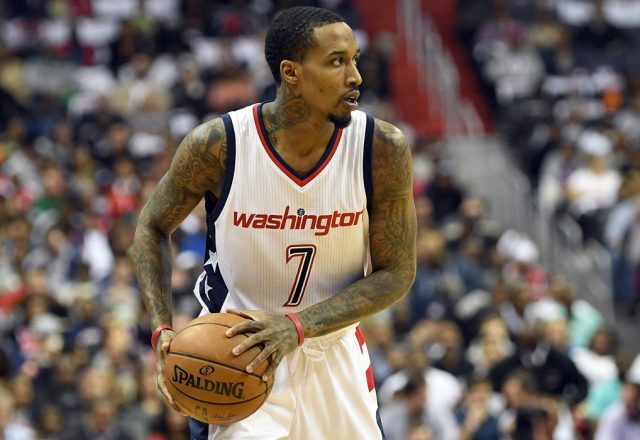