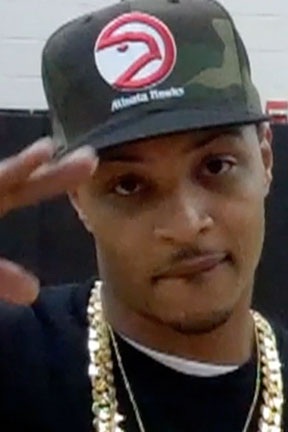 On Friday, Grammy Award winning artist and Atlanta’s own T.I. made his debut as a color commentator during the Heat-Hawks game for SportSouth.

When speaking with the media after calling the first half of the game, T.I. described the direction of his highly anticipated new album.

“My definite intention from this album was to take the nostalgic sound of T.I. from the Trap Muzik, I’m Serious days and infuse it with the more commercially friendly and the more mainstream sound, of say, a Paper Trail and mix those two sounds together. And I just think that it has a lot of diversity, a lot of depth, a lot of honesty.”

After the media session, the multi-talented Renaissance man took time to chat with SLAM TV about the NBA and his upcoming album, Trouble Man, which comes out December 18.