Renardo Sidney: The ‘Could Be’ 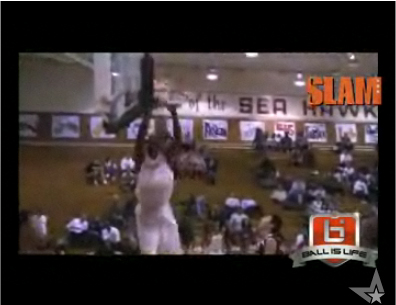 by Ryan Jones
Excerpted from SLAM 111

Renardo Sidney had just finished his freshman year of high school outside Jackson, Miss.; the fact he didn’t actually play a game as a frosh at the small, private Piney Woods School (the Mississippi High School Activities Association, doing its best impersonation of its Ohio peers, controversially declared him ineligible for violating the state’s transfer guidelines) didn’t keep Sidney from holding his spot atop the ’09 rankings. His work on the summer circuit in ’05 had taken care of that: Sidney was co-MVP of the underclass all-star game at ACBD Camp, and the way he played with the Jackson-based MBA Magic AAU program only added to his legend.

But back to the summer of ’06. Without having played a single high school game, Renardo Sidney was a household name among grassroots hoops fiends and college coaches. He was also on his way out of town. “I was ready to come out here and start a new life,” Renardo says now. We’re in the dining room of a Chinatown restaurant (“About all we eat is Chinese food,” he says) to grab an early dinner where, while his father, Renardo Sr., studies a newspaper sports section, Junior awaits the arrival of a heaping platter of orange chicken and explains how he ended up on the West Coast.

“It was about the whole family,” he says, “and I thank my Pops for that. It was his decision—well, it was all of our decision, but he has the say-so. The first time he talked about moving here, I was kind of looking at him crazy, but when I got here, I just said thank you. I knew it was a good thing.”

And what’s not to like? “You got a lot of stuff to do,” he says. “When I got out here, I felt the weather, felt the energy, and there’s a lot of pretty girls. My favorite thing is to go to Universal Studios. They got rides for big people—Disneyland got too many little rides—so that’s why I like it. You know, it’s just a good place to have fun, be a kid.”

Of course, families usually have a tangible reason for relocating across the country, and if Renardo Sr. is the decision-maker, his son is literally and figuratively the Sidneys’ biggest motivation. Given the eligibility drama back home and the hype that built up before he was even in high school, it’s hard to blame father or son for wanting a fresh start. They got it—with no shortage of sneaker-company-and-major-college-cash-fueled outside influences trying to sway their destination—last summer, landing in nearby Lakewood, CA, and joining a pair of stacked lineups: The So-Cal All-Stars AAU program and Artesia High. With SCA, he needed no time to settle in on a squad that already featured prep All-Americans Brandon Jennings, Taylor King and Kevin Love; unsurprisingly, they dominated last summer. He then made his high school debut at Artesia, teaming with top-25 wing James Harden (now at Arizona State) and ’08 standout guard Malik Story to lead the Pioneers to a Division III state championship.

“I think I play like Kevin Garnett-slash…what’s his name, played for the Lakers a long time ago? Magic. I love to run, and I think I play like him a little, too,” Renardo says, simultaneously explaining his game and showing his age. “I play all five positions. Next level, I’ll probably be a 4, 3 or 2, but my Pops plays me at the 1 or the 2. If I have a lil’ dude on me, I go to the block; if I have a big dude, I go outside. I just love to mismatch on people.” Others compare Renardo to Kevin Durant and Antoine Walker. Since only one of those players is old enough to drink, it’s too soon to say if those comparisons are on-point, but they do offer a clear picture of size, versatility, range and handles. Like Toine a dozen years ago or Durant today, the potential for greatness is undeniable. 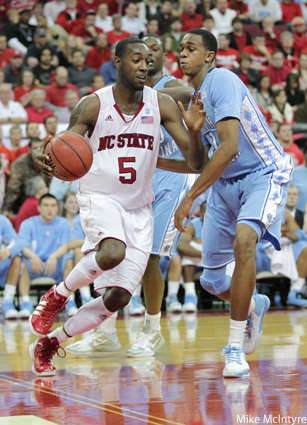 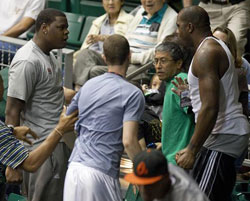 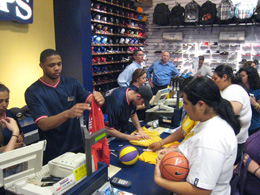 Nation’s Leading Shot-Blocker To Walk On