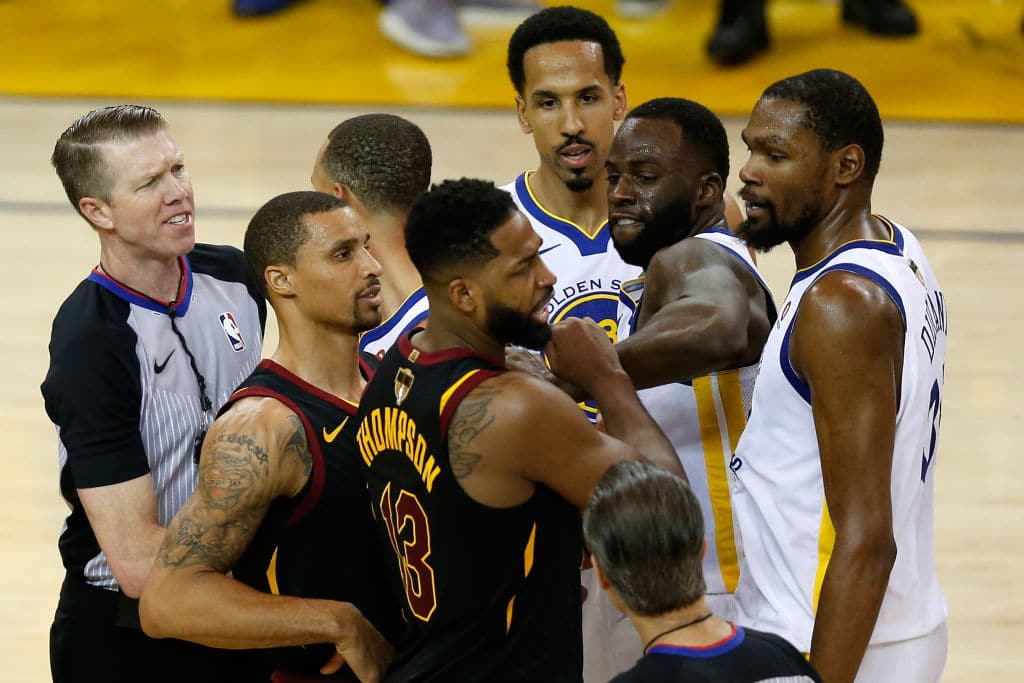 According to multiple reports, Tristan Thompson and Draymond Green recently got into a scuffle inside a posh L.A. nightspot.

Thompson: The details of what went down in the Draymond Green-Tristan Thompson scuffle, via @ThompsonScribehttps://t.co/NET10d2Rn4

Thompson and Green had lingering beef from the NBA Finals, and it probably didn’t help matters much that Draymond dissed the big fella during the Golden State Warriors’ championship parade.

“We just cut from a different cloth … [Tristan Thompson] tried to shake my hand, I said, ‘Tristan, we ain’t cut the same.’” 😳 (via @NBCSWarriors) pic.twitter.com/XPMoMaEIPt

In what would be best told by the late great storyteller Charlie Murphy, the “streets” turned out to be the swanky Delilah restaurant in West Hollywood on July 18. Both Green and Thompson were guests of LeBron [James] for this ultra-exclusive affair—which prohibited phones and cameras. None of the attendees expected the on-the-court drama to flare back up in this setting.

Which is why everyone was stunned when Thompson, according to sources, out of nowhere attacked Green.

No argument. No squaring up. No taking it outside.

“It was a sucker punch,” said one source who attended the party. “But, to be honest, it wasn’t really a punch. It was more like a shove.'”