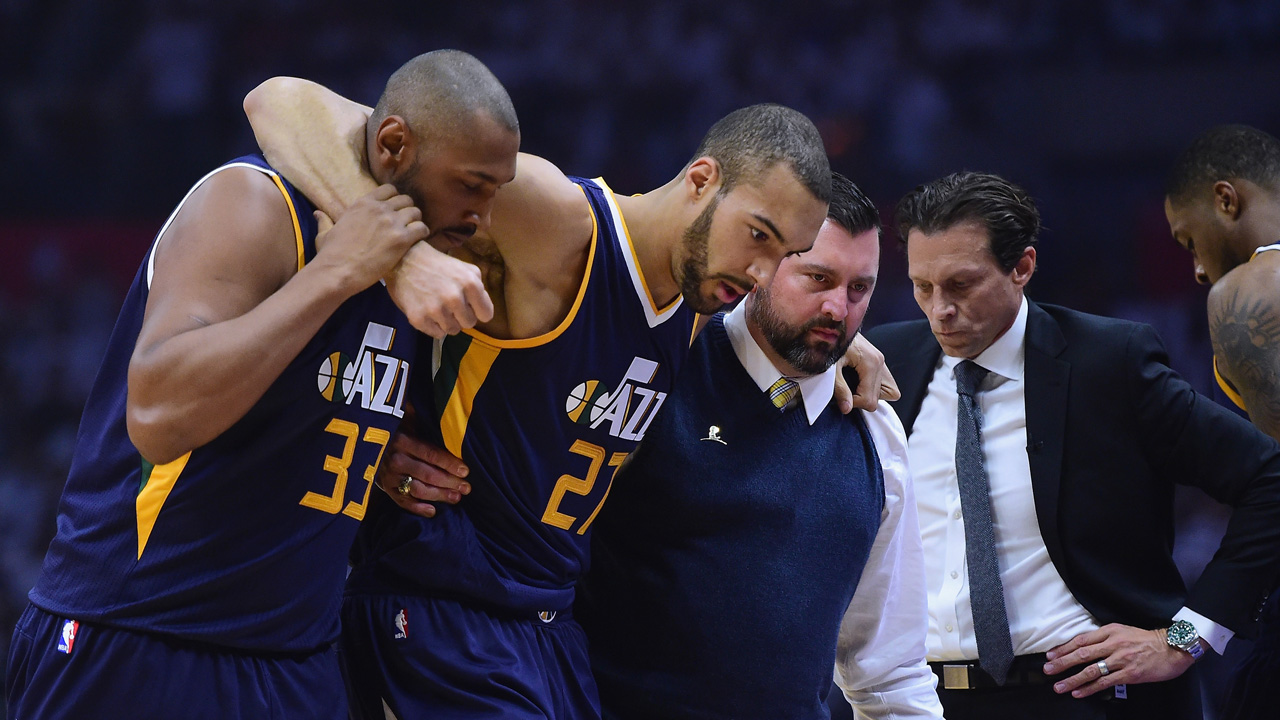 The Utah Jazz lost arguably their most important player on the first possession of their first-round series against the Clippers on Saturday.

Gobert was quickly ruled out for the rest of Game 1 and was taken for an MRI.

It was Gobert’s first playoff game of his career.

Sources: MRI on Utah center Rudy Gobert revealed a hyperextension and bone bruise in his left knee, no structural damage.

RELATED:
Rudy Gobert Calls Out Teammates: ‘Some Of Us Don’t Compete’