Russell Westbrook With 36 Points and 11 Rebounds vs Chicago (VIDEO) 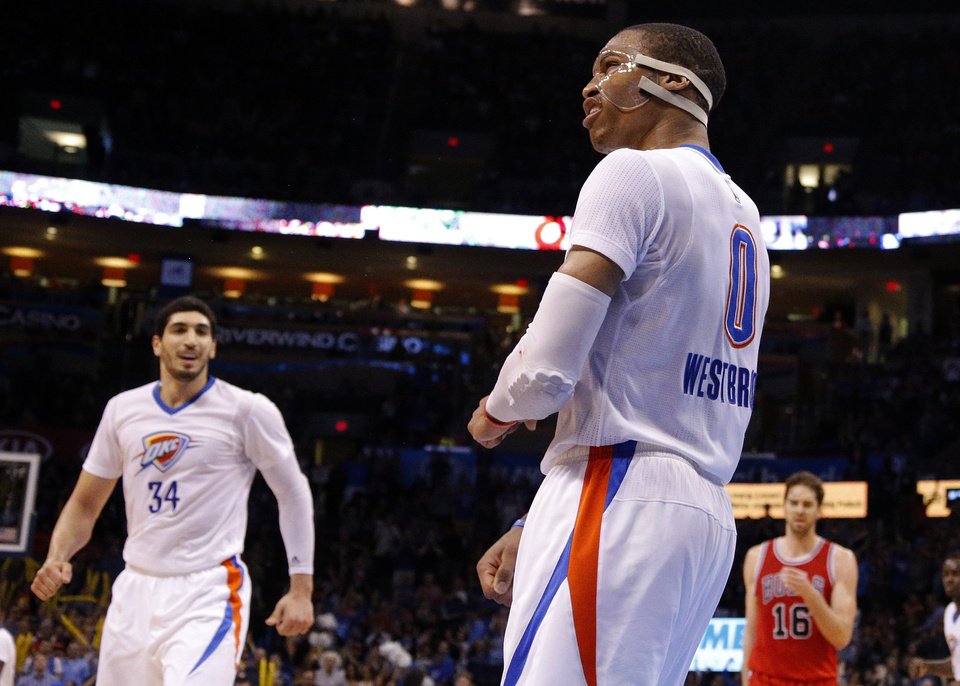 Behind another big performance from Russell Westbrook — 36 points, 11 rebounds and six assists — the OKC Thunder held off the visiting Chicago Bulls 109-100 Sunday.

Westbrook found Anthony Morrow for what proved to be the clinching three-pointer late in the fourth quarter.

“We did a good job of learning from our mistakes,” Westbrook said. “The first time we played them, I had a chance to hit Serge (Ibaka) on a kickback (when) two guys was on me. Tonight, same situation — two guys on me. I kicked to A-Mo and trusted my teammate and he knocked it down, so it was good.”

For only the third time in the Thunder’s last nine games, Westbrook didn’t record a triple-double, falling short in assists largely because his teammates weren’t shooting well early and Westbrook took over as the team’s primary offensive option late. Oklahoma City shot 46 percent from the field, with Westbrook finishing 12 of 27. […] Westbrook’s final assist came on the game-turning play. With the Thunder up 99-95 in the final minute, he held the basketball until near the end of the shot clock, then passed to Morrow, who swished the decisive 3-pointer. The Thunder has won 16 of its last 18 home games.

“We wanted to close out the game better than we did a few weeks ago in Chicago,” Oklahoma City coach Scott Brooks said. “.I thought the defense was good in the game. We make a few mistakes in Chicago that we wanted to make sure didn’t happen again.”