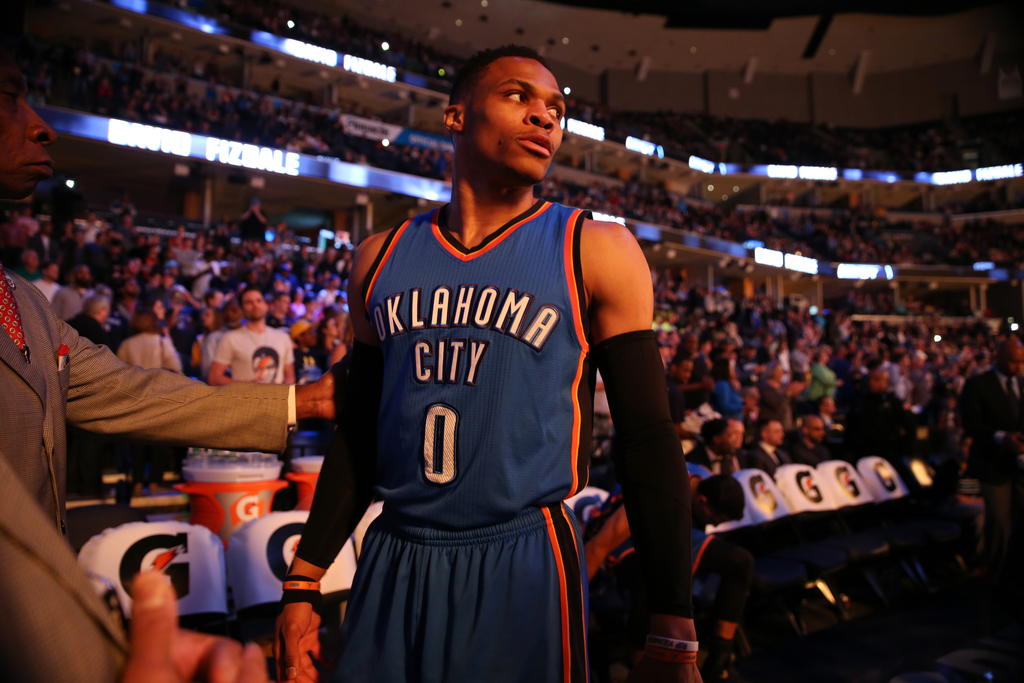 Russ has overcome criticism and doubt to be supported by a chorus of former and current greats that understand just how incredible he’s been this season. Though there’s still three games remaining on the Thunder’s schedule, Russ will most likely average 32 points, 10 rebounds and 10 assists for 2016-17. He deserves all the praise Kobe Bryant, Jason Kidd and the Big O are giving him.

Russ secured his historic season becoming official by throwing an outlet pass to Victor Oladipo in the third quarter of the Thunder’s 120-99 loss to the Suns. It counted as his sixth of the game and 820th of the season, putting him on the elite side of record books.

Westbrook has 41 triple-doubles on the season, tied for the most in a single season with Robertson. The Thunder’s next game is on Sunday, when they visit the Nuggets.