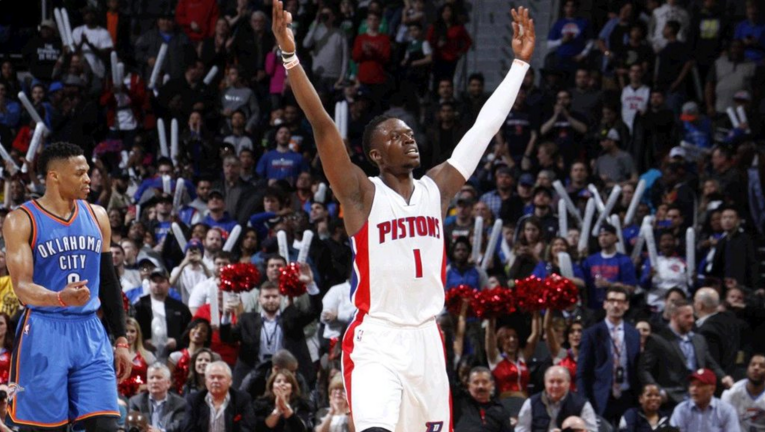 Reggie Jackson had himself a great night against his former team Tuesday, as he led the Detroit Pistons to an 88-82 win against the visiting OKC Thunder.

With the game in hand, Jackson started celebrating (perhaps a bit too much) and it drove Russell Westbrook crazy.

Russell Westbrook on the Reggie Jackson celebration: "It was some real bullsh**" pic.twitter.com/tSS6os9bKY

Jackson was traded by the Thunder last season, and there’s certainly no love lost on either side.

Jackson sealed the Pistons’ 88-82 win over Oklahoma City on Tuesday night with four clutch free throws. […] And as the final seconds ticked down, the disgruntled Thunder reserve turned Pistons starter soaked in every moment of the win against his former team. He skipped and gyrated down the sidelines. Hands in the air, he pleaded for more noise from the home fans. Then he turned to the visiting bench and shot a sly glance at his former teammates.

“Yeah I did,” Westbrook said. “I thought it was some real b——- for our team and our organization. I don’t like it at all. But it is what it is. We’ll see him down the line. We’ll take care of that when we get there.”

For the Thunder, the loss meant nothing as OKC essentially is locked into the third seed. […] But for the Pistons, this was a huge victory, shooting them up to the seventh seed in the East as they fight for their playoff lives. So Jackson’s exuberance had its merits. After an overall poor night — 4-of-15 shooting, four turnovers — Jackson closed strong and outplayed Westbrook in the final moments.