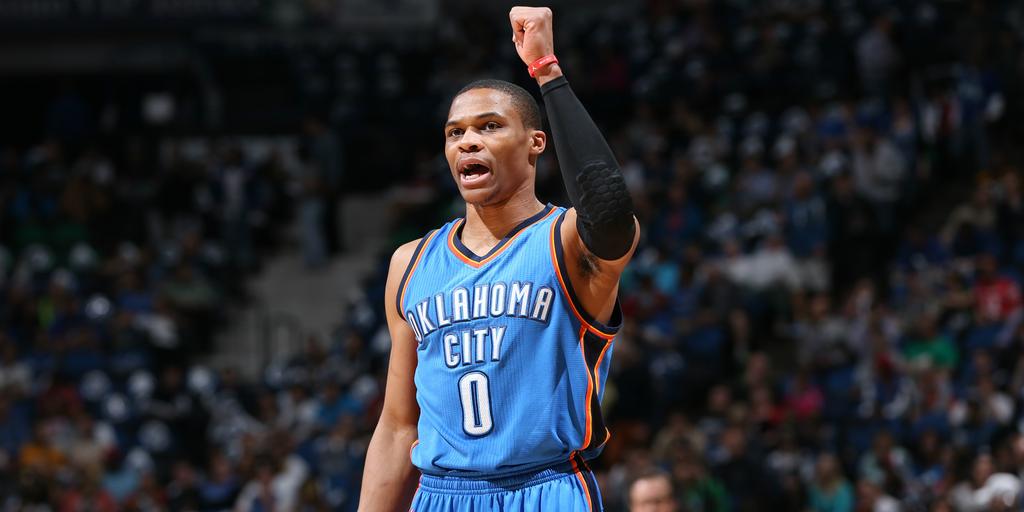 Russell Westbrook’s remarkable season culminated in the first scoring title of his NBA career Wednesday night, as he posted 37 points in a 138-113 road win against the Milwaukee Bucks.

Thunder guard Russell Westbrook has won the 2014-15 scoring crown after averaging a career-high 28.1 points this season.

It wasn’t enough to push the wounded OKC Thunder into the Playoffs, however, and Russ didn’t want to hear anything about the individual accolade.

The Thunder’s star-crossed season came to a frustrating, if predictable conclusion.

For the first time since 2009, Oklahoma City will not be in the playoffs. The Thunder’s 138-113 pummeling of the league-worst Minnesota Timberwolves on Wednesday night didn’t matter. To clinch, OKC also needed New Orleans to lose at home to San Antonio. But the Pelicans jumped on the Spurs early, leading by as many as 23 points and maintaining a lead for the final 42 minutes despite a furious rally by the defending champions.

“I thought we showed maturity,” said Russell Westbrook, who finished the season with a league-leading 28.1-point scoring average. “Obviously with the injuries and different things of that nature throughout the season a team could have easily given up. Obviously we made some changes and trades and different things like that. That could have been another excuse that we gave ourselves. But we never gave up. We competed all 82 games, and I’m proud of that.”