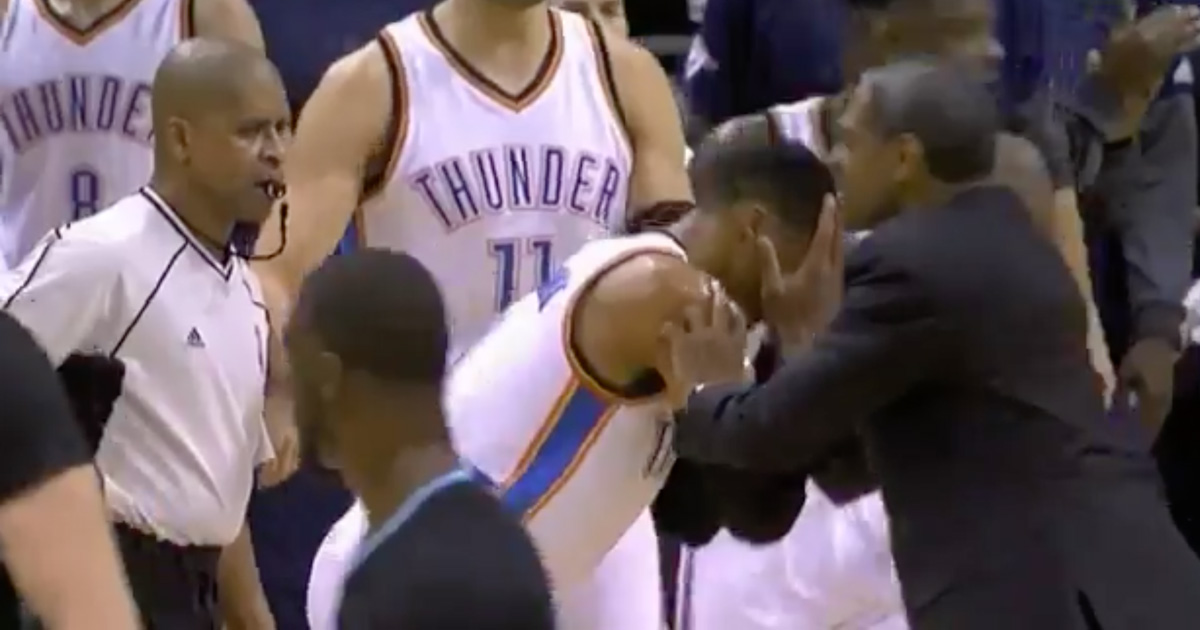 Russell Westbrook picked up his 10th technical foul of the season for what appeared to be accidentally hitting a referee in the head with the ball.

As he headed to a timeout, Russ threw the ball toward the ref, who wasn’t looking for the pass. The ball caromed off the official’s dome, and Westbrook was called for the T.

No doubt the League will be taking a look at this one to see if the call should be rescinded.

RELATED:
Russell Westbrook: Hitting Ref in the Head With the Ball Was Unintentional