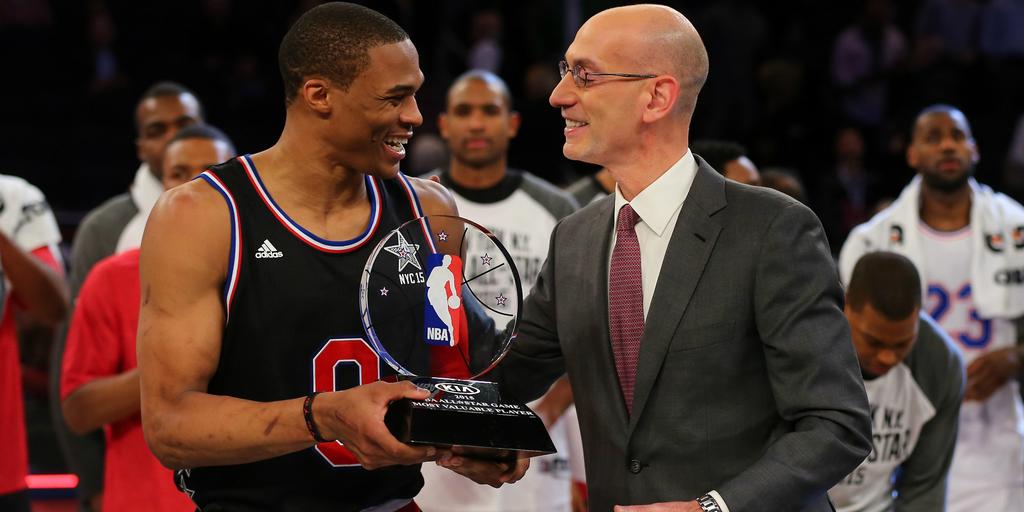 Russ finished with a game-high 41 points, falling just a point shy of Wilt Chamberlain’s record performance in the 1962 midseason classic.

Oklahoma City’s flashy point guard set a record with 27 first-half points and nearly topped Chamberlain’s mark set in 1962. Westbrook didn’t realize he was within reach of Chamberlain until it was too late and the West was trying to maintain its lead. […] “I missed about six or seven layups,” he said. “I could definitely have had it.”

Westbrook became the third player to score 40 points in an All-Star Game, joining Chamberlain and Michael Jordan, who had 40 in 1988. […] “It’s definitely an honor to be grouped with those two guys,” he said.

“He’s unbelievable,” said LeBron James, who scored 30 to lead the East. “He’s an unbelievable talent in our league. His motor, his athleticism, his demeanor, about how he approaches the game, it’s all great. And it’s great for our league. He showed that tonight, showcased it on a big stage.” […] “I was definitely excited to come and enjoy my weekend in New York, especially with Fashion Week going as well,” Westbrook said. “I’m happy we won.”