Russell Westbrook With 10th Triple-Double in Loss to Mavs (VIDEO) 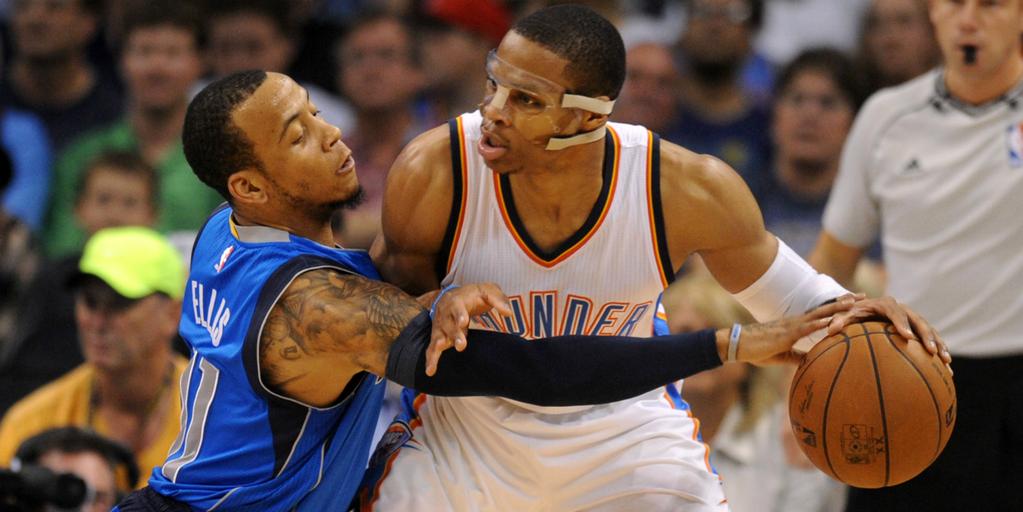 Despite another huge night from Russell Westbrook—31 points on an ugly 10-for-32 shooting performance, plus 11 rebounds and 11 assists—the OKC Thunder suffered a crushing 135-131 loss Wednesday to the Dallas Mavericks.

The L, only the second in OKC’s past 15 home games, dropped them to 42-33 and assured that the Thunder wouldn’t reach 50 wins for the first time since the lockout-shortened 2011-12 campaign.

The Thunder are now just two games ahead of the New Orleans Pelicans in the race for the eighth and final Playoff seed in the Western Conference.

Oklahoma City missed an opportunity to move within two games of the Mavericks for seventh place. The Thunder now sits four games back of Dallas with seven left to play. What’s worse is Wednesday’s loss left the Thunder just two games ahead of New Orleans for the eighth and final playoff seed. The Pelicans played at the Los Angeles Lakers late Wednesday, and a Pelicans win would have moved New Orleans within 1.5 games of the Thunder with the Pelicans owning the tiebreaker.

“It was a tough loss,” said Thunder coach Scott Brooks. “We didn’t get enough stops. We scored plenty of points to get the win on our home floor. But we didn’t get the stops when they were needed, and that was throughout the game.” […] “We have to do a better job defensively as a team,” Brooks said. “It’s collectively. It’s a team sport, and it’s a team defense that we have to improve on.”

Ineffective defense spoiled an incredible effort offensively in which three Thunder players scored 30 points or more, and OKC made a season-high 14 3-pointers. Anthony Morrow had a game-high 32 points off the bench, making 11 of 16 shots and six of nine 3-pointers. Russell Westbrook fought through a rough 10-for-32 shooting night to register his 10th triple-double of the season with 31 points, 11 rebounds and 11 assists. Enes Kanter added a career-high 30 points and pulled down a game-high 16 rebounds. Dion Waiters chipped in 19 points and four assists.