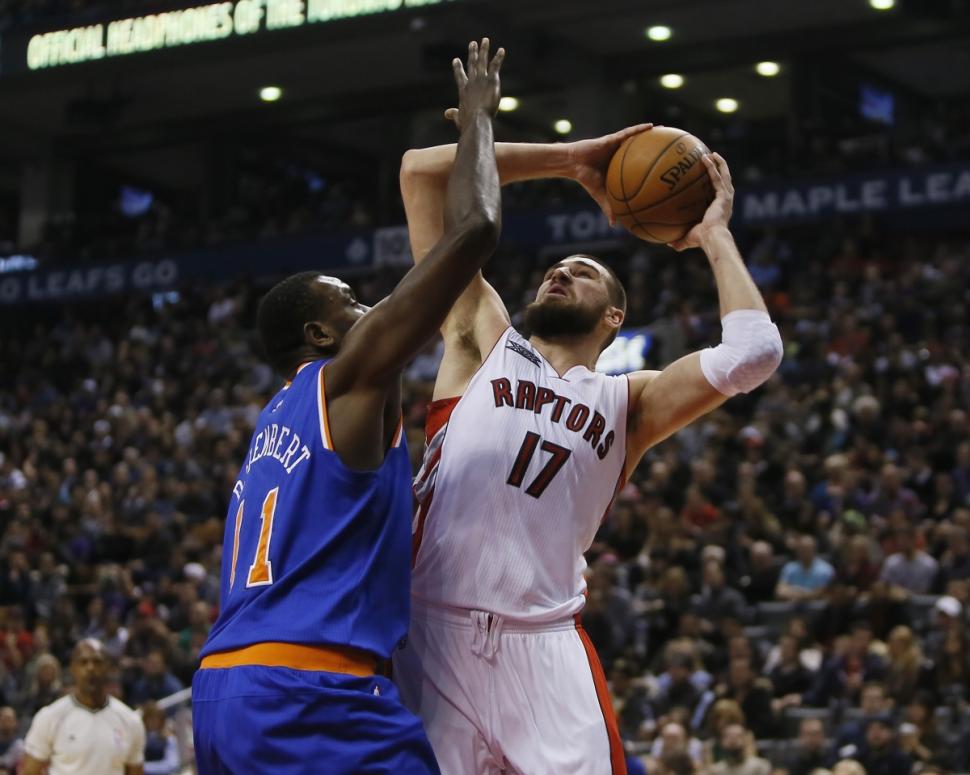 The NBA announced Monday that New York Knicks big man Samuel Dalembert has been hit with a $15,000 fine, after elbowing Jonas Valanciunas in the grill Sunday.

Dalembert was given a flagrant 2 foul, and booted from the Toronto Ratpros’ 118-108 win.

New York Knicks center Samuel Dalembert was fined $15,000 by the NBA on Monday for elbowing Toronto’s Jonas Valanciunas in the face.

Dalembert received a flagrant 2 foul and was automatically ejected after elbowing the Raptors counterpart with 10:59 left in the third quarter of the Knicks’ 118-108 loss on Sunday.