SLAM Week in Review: Carmelo On The Trade Block 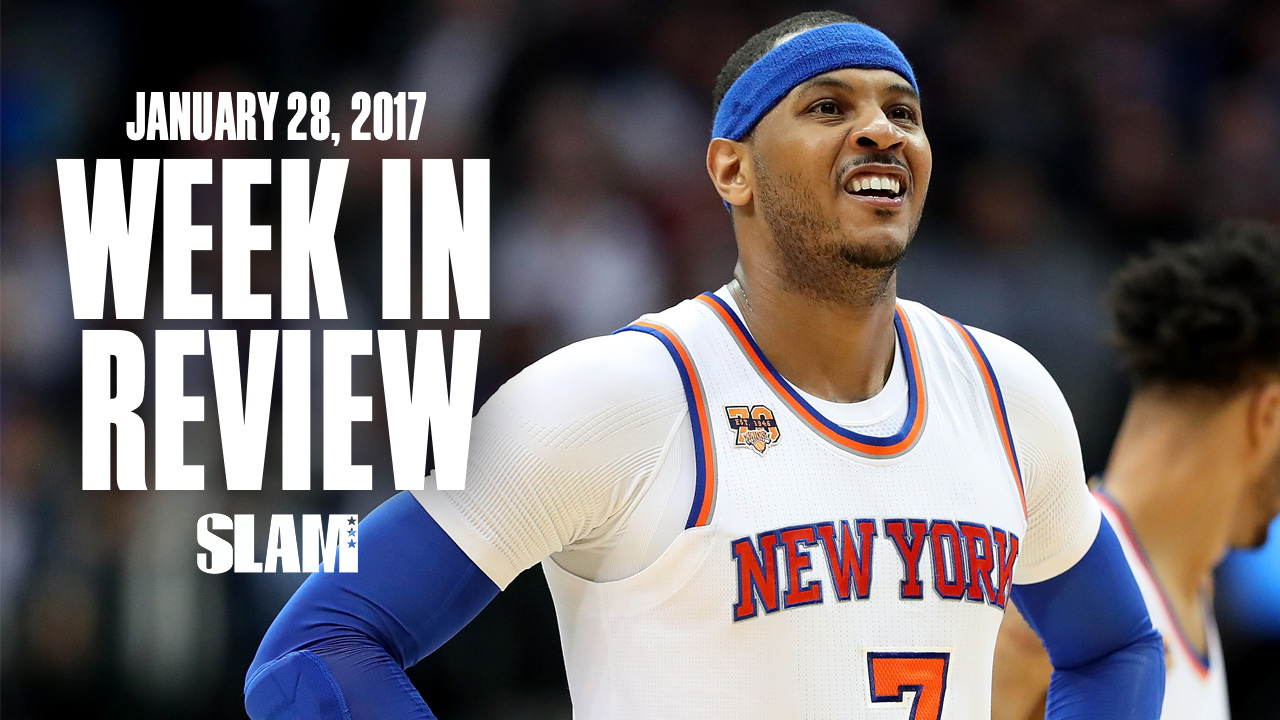 LeBron James and Cavs owner Dan Gilbert are reportedly at odds over the team’s spending habits. Bron has been pressuring on the front office to acquire a playmaker.

In other news, the Knicks recently called the Cavs, Clippers and Celtics to “probe their interest in a trade” for Carmelo Anthony. The Melo Era in New York appears to be nearing its end.

And lastly, Melo, Dwyane Wade, Damian Lillard and Joel Embiid were among the list of snubs for the 2017 All-Star Game. The All-Star reserves were announced this week.