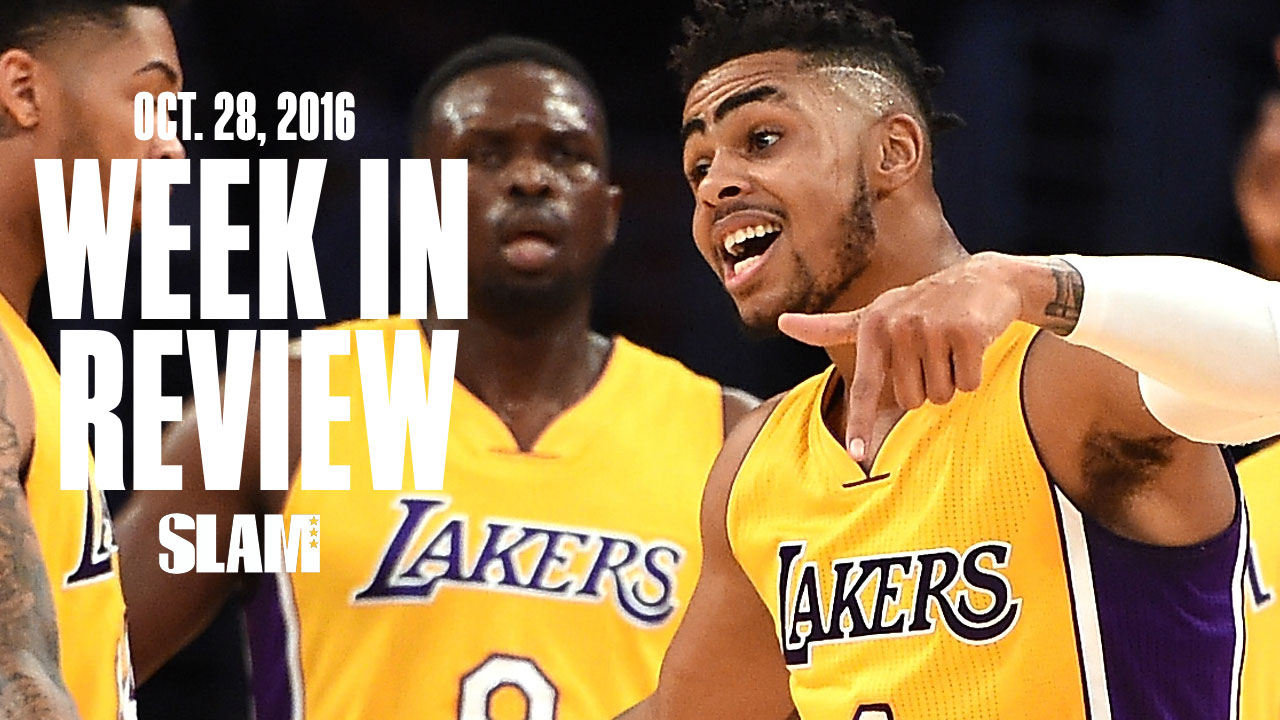 This time in the SLAM Week in Review, the 2016-17 NBA season officially kicked off this week with the Cavs routing the Knicks and the Spurs blowing out the Warriors (in Golden State).

D’Angelo Russell and the Lakers made a splash in their season opener, beating the Houston Rockets in an exciting, up-and-down matchup.

In other news, Kevin Garnett is joining TNT’s Inside the NBA, although KG’s exact job is still unclear.