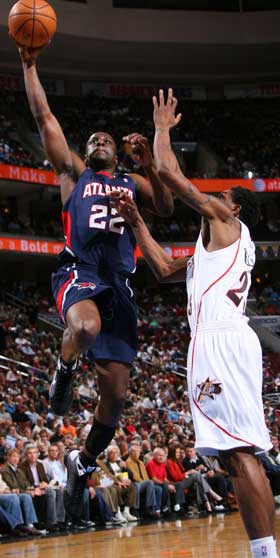 I think it’s called baiting and switching in the economic, textbooky type world. You have to do it sometimes if you’re a player like Flip Murray. You’re not tall, you don’t pass. You just think you’re the best player in the d*mn League. So you use your average attributes to your advantage, fooling people in order to do what the best players have done since peach baskets were still en vogue: score.

Take a look at this video again. It’s not in slow motion. It’s just Flip with his “C’mon now, catch up” face, looking over his shoulder at his next victim. No, it wasn’t something like this, but this is pure mastery of the bait. This is more mature, if you will. Think about this as Flip putting a fat worm in the water. Lou Williams saw the tasty morsel and went for the bite. He got hooked. Game Over. Flip! Flip! Flip!