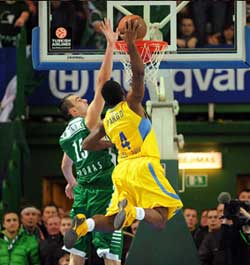 Jeremy Pargo’s crossover alone was nasty, but damn… the former Gonzaga Bulldog’s flush on Zalgiris’ 7-2 center was even better. Maccabi’s 71-68 win guaranteed them a place in the Euroleague Top 16. From BallinEurope: “A new leader in hyperbole may have emerged in the wake of Jeremy Pargo’s play for Maccabi Tel Aviv last night in the 71-68 squeaker over Žalgiris Kaunas. Pargo was just 4-of-9 in overall shooting for Maccabi, but it was the former ’Zag’s half-closing jam that captured the fancy of YouTube poster “NCAAchannel” enough to elicit the question “#1 Euroleague Play of All-Time?” Such a query is evidence of not having watched too too much Euroleague ball at all, but Pargo certainly did put in quite the sweet two points to give Maccabi a 35-34 halftime lead in Lithuania.” 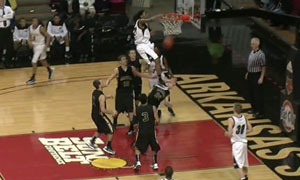 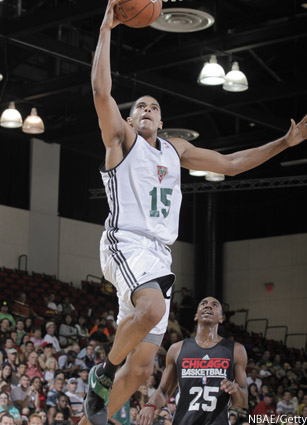 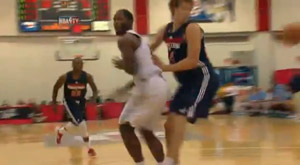