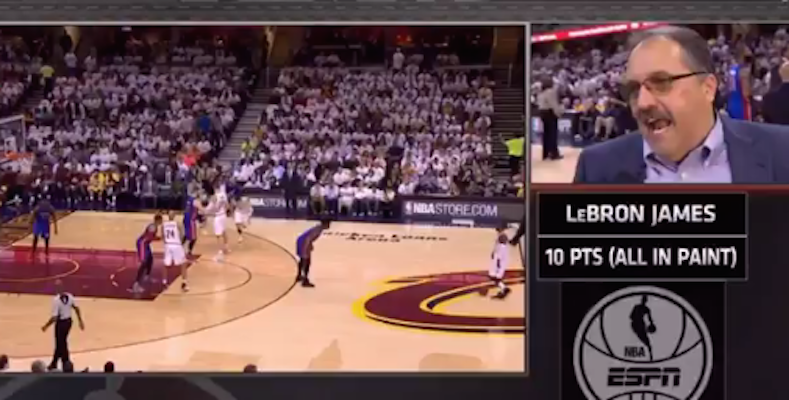 Typically, sideline reporters don’t get much from head coaches during those in-between quarter interviews on TV. But today, ESPN’s Lisa Salters got quite the quote from Detroit Pistons head coach Stan Van Gundy, who after the first quarter of Game 1 between the Pistons and Cavs had a lot to say about LeBron James.

He basically said he told his team to stop whining about calls—or a lack of calls—because, in his words, “LeBron is LeBron. They’re not going to call offensive fouls on him, he gets to do what he wants.” Watch the video yourself:

Stan Van Gundy: "LeBron's LeBron. They're not going to call offensive fouls on him, he gets to do what he wants." pic.twitter.com/BjwDhKVtWn

Still, the Pistons are hanging around with the Cavs, in what’s been an entertaining Game 1 in Cleveland.