Stephen Curry Cried After Injuring His Knee in Game 4 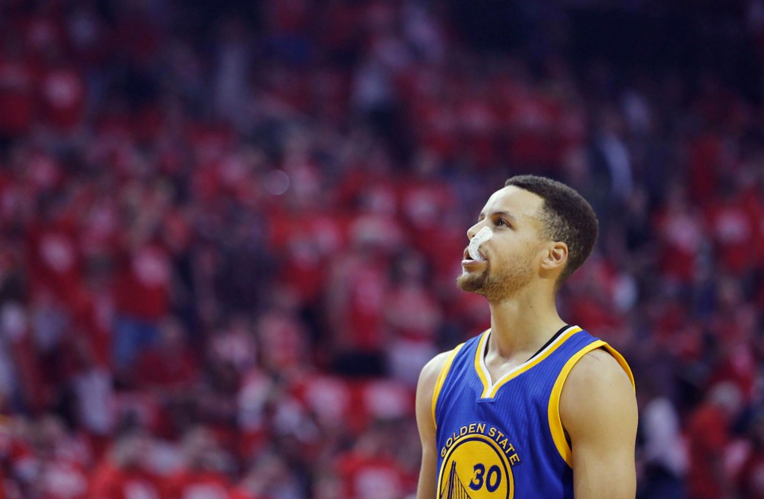 The Golden State Warriors took a commanding 3-1 series lead against the Houston Rockets with a dominant 121-94 win Sunday, but lost Stephen Curry to a sprained right knee.

Draymond Green and his teammates picked up the slack for the MVP, who was devastated after having to leave the game.

Green wanted Curry to know that his crew will hold the fort for as long as he’s out:

“He was shook up; he was crying,” the Warriors forward told USA TODAY Sports. “It’s pain. It’s wanting to be out there with your guys. He was quiet, so I said everything to him.

“I just told him, ‘Hold your head up. It’ll be all right. But then get the (expletive) out of here.’ We got you. Get out of here.”

They had him this time, downing the Rockets 121-94 to take a 3-1 series lead heading into Game 5 at Oracle Arena on Wednesday. But picking up this kind of slack for more than a game or two? That’s something else entirely. And the Warriors, who will have an MRI conducted on Curry’s knee on Monday to determine the severity of the situation, are clearly worried. […] “High,” Green said when asked about the level of concern. “You’ve got to be. You’re talking knee. It’s obviously not the same ankle and stuff (that he suffered in Game 1). … You’re talking a knee sprain.”