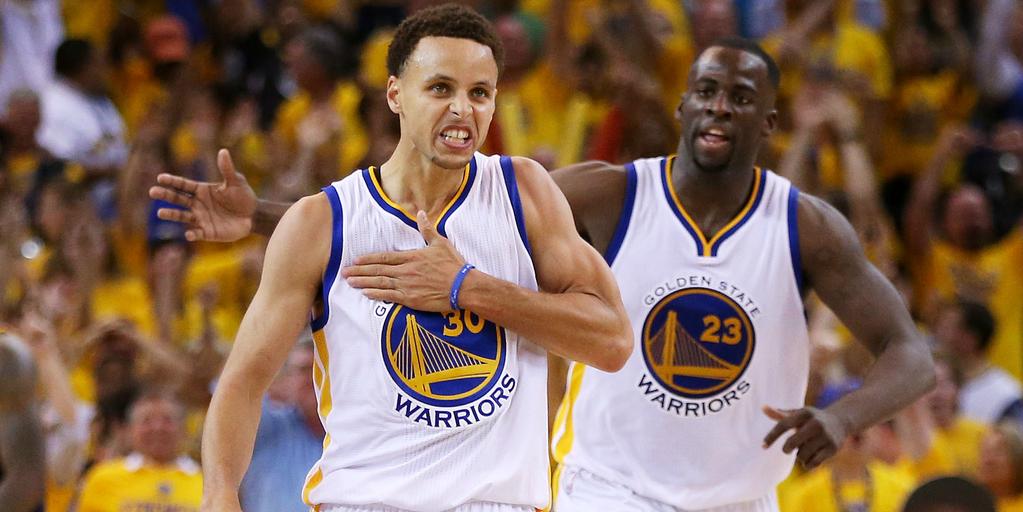 Stephen Curry and the Golden State Warriors withstood yet another monster effort from LeBron James (40 points, 14 rebounds and 11 dimes), and now they’re one win away from winning the NBA title.

Curry finished with a team-high 37 points, hitting a crazy array of threes in the fourth quarter as he led the Dubs to a pivotal 101-94 Game 5 victory.

In the end, however, the Warriors’ depth overwhelmed the short-handed Cavs.

“What is the best way to say, ‘Really bad?’” Warriors point guard Stephen Curry said when asked how much he wants a championship. “I mean, a long season goes into these last moments of the Finals series. We fought hard all year and put ourselves in good position now to go to Cleveland and hopefully close it out […] “We know the sense of urgency of the moment … so we’re ready for the opportunity.”

Curry led the way with 37 points, seven rebounds, four assists and the tempo-setting that helped the Warriors beat the Cavaliers 18-3 in fastbreak points and 48 percent to 39.5 percent in shooting. Cleveland countered the small-ball unit the Warriors showcased in Game 4 by playing center Timofey Mozgov less, but the Warriors were fresher and better in the end.

At long last, Curry had his defining moment of the Finals amid a 17-point, fourth-quarter outburst. Sandwiched around a James free throw, Curry darted in for an acrobatic lefty layup and then dribble-danced to find enough space to hit a three-pointer that put the Warriors ahead 96-86 with 2:44 on the clock. The MVP high-fived a dozen or so courtside fans as he strutted to the timeout huddle, knowing the game had been clinched. […] “That was just Steph taking over the game,” Warriors head coach Steve Kerr said. “But it was a different game, because they decided to go smaller, and so the floor was more open. When they went small … I thought: ‘This is Steph’s night. This is going to be a big one for him, because he has all that room.’ He took over the game down the stretch and was fantastic.”